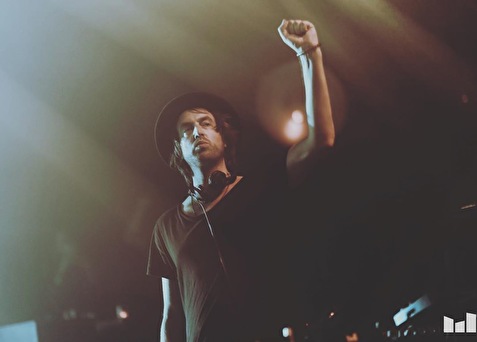 While deeply rooted in Amsterdam's obscure house scene, Olivier Weiter has grown to become more than an established name in the broader Dutch nightlife. His performances at events such as TimeWarp NL, Welcome to the Future, and his support for the legendary Sven Väth at Concertgebouw were highly anticipated, leaving Weiter's impression on his followers amped for more Weiter shows.

A true testament to his career is the WEITER concept, where he is able to share his individual expression and philosophy of sound. The WEITER concept was introduced through his musically unforgettable sold-out, solo shows at Paradiso, Amsterdam's notorious pop-venue, as well as hosting his own WEITER stage at Mysteryland 2013 and Amsterdam Open Air 2014.

Weiter is a welcomed guest in Germany, where he has brought his renowned DJ sessions to clubs such as Wilde Renate, Kater Holzig, Watergate and Loft Club. Weiter has performed at Blaue Lagune Open Air, amongst other events.

To prove that he is made for bigger crowds he has expanded to followers on world-wide levels by showcasing events ranging from D. Edge in Brazil, Sonar in Spain, Pacha in Ibiza, to Mysteryland in USA and Chili. Weiter has released his music through highly acclaimed labels such as Armada, SUDBEAT, and Parquet Recordings, including his track 'Angelus," which was featured on the DeepDish Essential Mix.

To find out more about the WEITER sound, follow Weiter's podcast series, 'From Within,' which can be heard each month as he continues to expand his music. love and peace from Peperoni

Olivier Weiter will be performing at VRIJ FESTIVAL on the 13th of july!! Cant WAIT!!!