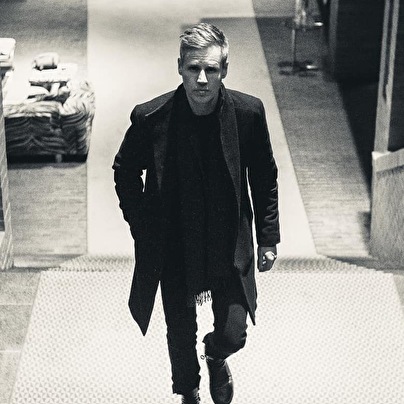 Joris is the embodiment of the modern-art and tech-savvy touring DJ, with both feet planted in firmly in the underground techno world, but a keen eye for contemporary art, photography and a long-standing love of architecture (you only need to check his Instagram or EP covers to see where this all comes together). Born in the Dutch city of Tilburg, the son of a composer and a music teacher, Joris gained international recognition with his breakout 'Muted Trax EP' on Keynote, which was quickly followed-up by his universally acclaimed 'Lost Memories EP' on Sino the year after. In 2004 he then released 'Lost Memories Part 2' including the standout track 'Incident' which became an immediate and firm fixture in the sets of many of his now-peers such as Carl Cox, Derrick May and Laurent Garnier and was one of the standout tunes of that summer at clubs everywhere from The Sub Club in Glasgow to Circoloco in Ibiza.

Since then he has gone on to release three critically acclaimed artist albums, 'Future History'(released on on Sino in 2004), 'From A Deep Place' (released on Green in 2007) and themost recent 'Nobody Knows' voted electronic album of the year 2014 by Billboard Magazinein the US. He has backed these up with dearly loved mix compilations for Belgian techno bastion Fuse, Australia's Balance series and most recently London underground superclub fabric.

In 2005 he founded the label 'Green', the first of two imprints that he runs with long-time collaborator Edwin Oosterwal. This has provided a platform for Joris' two previous albums, plus some of his biggest hits including 2013's 'Ringo' and 2016's 'Looks Fake Obviously'. The second label 'Rejected' has given him an outlet for more straight-up house tracks aimed squarely at the dancefloor such as his 'Dusty House' series of EPs plus somewhere to release tracks from artists like Steve Rachmad, Deetron, Anton Pieete and Ian Pooley. These two labels represent the opposing ends of the 'Spectrum' of underground music that Joris is proud to champion. In fact, this word is so synonymous with the wide range of underground musical styles that inspire and inform both Joris' DJing and production work that he decided to call his forthcoming radio show and event series 'Spectrum', allowing him to fully explore the full reach of his extensive musical tastes and share them with a wider audience.

2017 proved to be a monumental year for Joris with the launch of his expansive Spectrum concept. Encompassing club nights, festival stages, a globally broadcast radio show and a photography series, Spectrum gave him the chance to show off his wider musical tastes withextended sets and his skills as a curator. Taking in events at landmark venues like Amsterdam's 'Muziekgebouw' and Manchester's 'The Albert Hall', it has even since represented a big new step in his career that is still gaining plaudits far and wide. It was also the year he landed as a resident at Hï Ibiza for their In The Dark sessions on Thursdays, while he also played several dates across the road for ANTS at Ushuaïa. He also continued his lifetime residency for Amsterdam's Awakenings, where he played a special vinyl-only set to celebrate their 20th anniversary.

Another milestone year was had by Joris Voorn in 2018, with two sold-out headline shows during the most pivotal electronic industry moment of the year, Amsterdam Dance Event, along with successfully expanding his Spectrum brand into territories such as North and South America with sell out shows, building the bridge between his firmly established position in Europe and farther afield, whilst also delivering his weekly Spectrum radio show in now over 20 countries worldwide, making Joris Voorn and Spectrum a truly global electronic music brand.

2019 sets the bar even higher with the long-awaited launch of his brand new, and fourth artist album, due for release on his own freshly rebranded musical imprint 'Spectrum' (previous 'Green') in November. Many special album moments are on the way including a collaboration with legendary dance outfit Underworld that will be one of the lead singles. The first release of the album was the follow up to his most successful single to date, "Ringo" (over 20 million Spotify plays), on the aptly titled "Ryo" (named after his second son). A string of solid Ibiza season dates ensue, added to his own stage hosts at festivals such as Awakenings and Tomorrowland along with some big look plays for Drumcode Festival, RESISTANCE Miami, Sydney and Melbourne, which all continue to maintain Joris' positions in the highest echelons
of the techno industry for the year ahead.

Throughout the years Ibiza has always played an active part in Joris' summer touring diary, from early gigs at We Love on Sundays at Space, through to his more recent La Familia nights at Ushuaia with Nic Fancuilli, in 2016 Joris was in the enviable position of holding not one but two key residencies in Ibiza, at ANTS at Ushuaia alongside the likes of Maya Janes Coles and Kolsch, and elrow at Amnesia alongside Eats Everything, Paco Osuna and
Groove Armada.