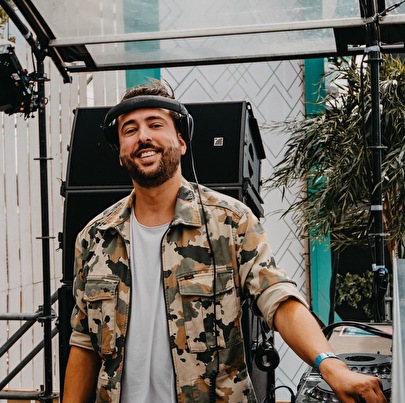 Belgium-based, but beaming the love for house music all over the world: DJ Licious knows good vibes come from nothing but house music. The hot-shot producer is currently going from strength to strength with every new release; from releasing 'I Hear You Calling' on the legendary Positiva record label, to dropping heat on Don Diablo's Hexagon imprint with 'I Can't Stop', to putting his magic remix touch on Avicii's & Rita Ora's worldwide smash 'Lonely Together'. Dj Licious released "Rich Girl" a collab with Dragonette on Spinnin Records, and finished his busiest summer till date. In October he scored another hit record on Hexagon with the much celebrated "I'll be alright", an emtional down tempo track that leaves no one untouched.

DJ Licious started his journey years ago, when as an aspiring DJ, he set up his own clubbing concept SHOMI, which he still runs till this day and which is frequented by specials guests such as Roger Sanchez, Low Steppa, The Magician, Franky Rizardo, Riton and others. Ever since, he has been touring relentlessly in his home country, where he also runs the famous 'Defected in the house' parties, and across Europe, playing sets at clubs and illustrious festivals such as Tomorrowland mainstage

In 2016, DJ Licious decides to expand his SHOMI operations by setting up his own label in association with N.E.W.S. The first release from his SHOMI imprint, DJ Licious' single 'Calling' catches the attention of several A-list artists, including Tiësto, The Magician, Avicii, Don Diablo, Oliver Heldens, Sam Feldt and Lost Frequencies. Pete Tong premieres 'Calling' on his revered BBC Radio 1 show and it goes on to receive strong support from the station. British songstress Yolanda Quartey - who previously lent her voice to Duke Dumont's hit single 'Won't Look Back' - jumps on the track and 'I Hear You Calling' is born. The record gets scooped up by the legendary Postiva record label - home to some of the biggest names in dance today, such as Avicii, Martin Solveig and Jonas Blue - and becomes one of the biggest dance anthems of 2017, finishing third in Music Week's Annual Upfront Club Chart. Since then Dj Licious released on Spinnin records, Hexagon, Source, Armada, Warner and now releases his new single "Naked" on Polydor UK (Universal music).

Besides his original productions, DJ Licious is also a prolific remixer, delivering official remixes for the likes of Avicii, Lost Frequencies, Bob Sinclar, Sam Feldt, Klingande, Kungs, Calum Scott and many others. 2018 saw DJ Licious rack up an impressive 18 million streams across all platforms and 2019 promises to be even bigger, as he's ready to unleash a lot of new music. So get ready to see DJ Licious at a club or festival near you soon.