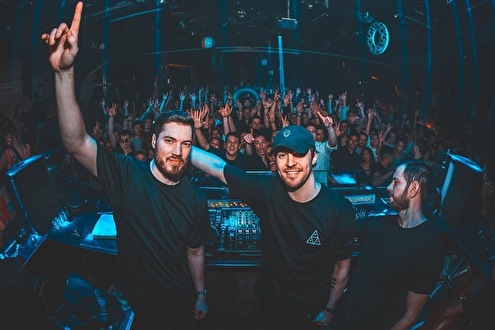 Committed to making every original cut as personal as possible, Third Party's four-year rise has conjured some notably accomplished moments. Breakout offering "Release" was an essential first calling card onto dance floors worldwide. It opened the door to "Lights" alongside Steve Angello, "Feel" alongside national peers Cicada and their subsequent Ultra Music debut "Thank You," with remix duties for Swedish House Mafia, Tiësto, Red Hot Chilli Peppers and Sigma's UK Number 1 ' Nobody To Love' sealing the deal on their universal appeal. Scaling Spotify playlists, the digital market and international crowds alike, 2014's "Everyday of my Life" made for a landmark solo offering for the UK duo to date.

That precedent has played seamlessly onto club floors and festival line-ups across the continents. It's made appearances at spots as diverse as Brixton Academy, Creamfields, Ministry of Sound, O2 Academy Leeds, XS and Liv a live reality of their ongoing success: high demand without the creative shortfall. The future is about taking full ownership of their sound on a global scale, leading with a seal of quality and showing where dance music can still be given a unique spin. Off the heels of their most prolific year to date, Third Party have set the bar reassuringly high for their future movements.