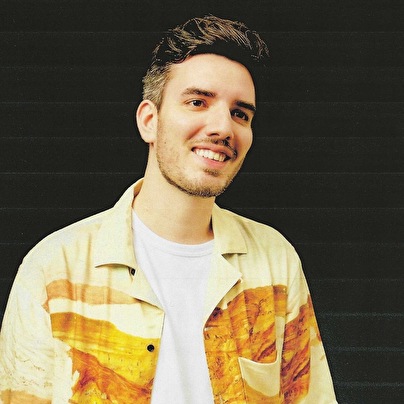 Netsky signed to Hospital Records in late 2009; his first release was the iconic 'Memory Lane" (as featured on 'Sick Music 2″ in 2010) and this was swiftly followed up by his chart topping debut album – 'Netsky' – in May of the same year. Following unanimous praise and hype from all corners of the globe, the album plunged Netsky firmly into the limelight, where he has remained ever since, delivering a potent mix of dance floor anthems, vocal led classics and the clean cut new jungle sound which has become his trademark.

In the meantime Netsky nurtured his profile as a remixer with smash remixes of some huge club anthems including Pendulum 'Witchcraft', Swedish House Mafia 'One' and Rusko 'Everyday', which has now garnered over 17 million views on YouTube. As well as his prolific production work, Netsky maintains a hectic DJ schedule, performing across the globe at sold out shows from Ultra Festival in Miami to the Balearic island of Ibiza and beyond.

In April 2012, Boris unveiled the extremely impressive Netsky LIVE! show at the iconic Brixton Academy in London. Netsky LIVE! features Netsky taking to the stage supported by a full live band and exciting production and has received critical acclaim, completing sold out tours of the USA, Australia, New Zealand and Europe. His highly anticipated sophomore album '2' landed late in June 2012 and immediately hit the UK Top 30 and No. 1 in the official Belgium charts, quickly going on to achieve platinum status shortly after release.

2013 saw Netsky LIVE! rise to even greater heights, playing a sold-out stadium show at Belgium's celebrated Lotto Arena in April and storming performances at Glastonbury, Pinkpop, Rock Werchter and V Festival amongst a host of others. Netsky saw out the year with the main support slot on the Chase & Status UK Arena Tour, which saw him perform throughout the UK for a month finishing with a landmark show at London's O2 Arena.

The beginning of 2014 sees Netsky in the studio, busy finishing his third album due for release later this year as well as preparing for a busy summer of touring ahead including heading down under in March for Future Music Festival in Australia, followed by performances at Ultra Festival, Coachella, Tomorrowland and headline slots on the dance stage at Reading and Leeds Festival, SW4 and NASS to name a few. Netsky LIVE! has also received a nomination for 'Best Live Act' at the AIM Awards in Belgium. One thing's for sure, 2014 is looking to be a groundbreaking year of epic proportions for Belgium's premium DJ export.