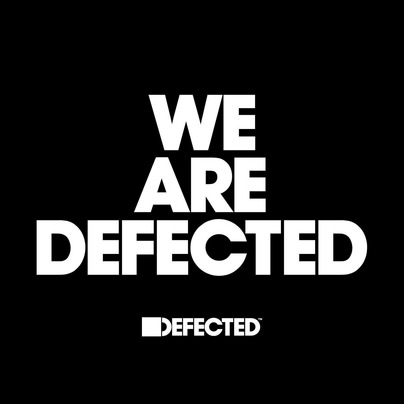 That Defected is enjoying arguably its best form in over a decade is down to the consistency and quality of the label's releases. Recent signings like Noir & Haze 'Around', Flashmob 'Need In Me' and Pirupa 'Party Non-Stop' (Track of the Year at the 2012 Ibiza Awards) demonstrate Dunmore's innate ability to see the potential in a record and take it to the next level; a skill for which Defected has become renowned.

And the label's releases only tell half the story. Every year Defected In The House events touch down at the world's finest venues, and in 2013 after eight acclaimed seasons at Pacha, Ibiza Defected begin a new chapter in their live story, with a Saturday residency at the island's newest club, Bomba. The times may be changing, but only for the better.

Created back in 1999 – initially in partnership with Ministry of Sound – Defected Records' success was immediate; their very first release – Soulsearcher's 'I Can't Get Enough' – reached No.8 in the UK singles charts, forming the foundation for the label's future successes and musical direction. Soon after came a No.1 single in the shape of Roger Sanchez's 'Another Chance', with further release milestones arriving in the form of Bob Sinclar's 'Love Generation' and 'World, Hold On' and Kings of Tomorrow's seminal 'Finally' as well as more recent anthems such as Dennis Ferrer's 'Hey Hey' and the ubiquitous 'Coma Cat' by Tensnake.

Key to Defected's continuing success has been its adaptability, and Dunmore's openness to signing and nurturing fresh talent, rather than sticking to tried-and-tested, predictable modes of operation. "You always have to come up with fresh ideas to constantly re-invent yourself, as this gives you the opportunity to have longevity" he says. "If you continue to do the same thing – especially in music – it becomes too predictable and people move on."

Glance at the label's regular roster of talent now and you won't see many 0f the names you might traditionally associate with Defected. What you will see however is a contemporary group of some of the most talented DJs and producers around, all of whom are attracted to the artist-friendly approach Dunmore is so committed to preserving at Defected. Dennis Ferrer, Noir and Flashmob can count themselves as some of the most exciting artists of the moment, and all have forged highly productive relationships with the label.

Despite Dunmore's enviable position in the industry, he admits there was no initial masterplan. "My career has always evolved naturally; a series of musical stepping stones" including "mid-teens infatuations with Rockabilly, Two Tone & New Romantic phases" before he discovered the Jazz Funk scene of the early mid-eighties. Then in 1989 while working as a music journalist and record-store employee he was offered a position as a Promotions Manager at Cooltempo, the dance division of Chrysalis Records before progressing into A&R, and eventually going on to run A&M's dance imprint AM:PM. Having learnt his trade at the major labels Dunmore decided to start his own company, launching Defected on January 1st 1999.

Of course, back then the threat of file-sharing to a label's business was nothing more than a dark shadow lurking in the distance, but unlike many, Dunmore says that the digitalisation of music has only been a positive development for Defected. "Initially the transition into the digital age was a journey into the unknown and as a result was hugely intimidating" he admits. "Now that the digital record business is a reality it is much more manageable. If you are savvy, you communicate directly with your fans and as a result your marketing is more targeted. If you know your audience and the potential of a release, the business side of things is easier to manage than it was before."

Dunmore is also refreshingly honest about his decision to leave Pacha, Ibiza – one of the most talked-about departures of 2012 – at a time when Defected In The House events are more popular than ever before. 2013 will see Defected In The House events at Ministry of Sound (London), We Are FSTVL, Nikki Beach (Miami), Gibson (Frankfurt) and many more, but not the White Isle's oldest club. "We enjoyed eight incredible seasons at arguably the world's most iconic discotheque but we are pushing ourselves on all levels and it feels like the right time to move on.

"We have spent the last 2 years repositioning Defected on all levels and our new residencies in Ibiza will push the perception of the 'new' Defected even further." he concludes. Those residencies will include Bomba, the Giuseppe Cipriani owned and Danny Whittle run club located in the island's Ibiza Town.

As well as being a curator of talent, Dunmore is also one of the most respected and technically-gifted house DJs, having appeared at pretty much every club of note in a career spanning three decades. "Past a certain age it perhaps isn't the done thing to be at a club till 6AM" admits Dunmore "but DJing keeps me on the edge. I don't want to get too comfortable, don't want to slip into middle age. Playing pushes me to listen to more music, it keeps me involved."

2013 sees another fundamental change for Defected, with an entire rebrand of the Defected appearance conceptualised by renowned art designer and musician Trevor Jackson. "I'm extremely excited to be working with Trevor" enthuses Dunmore. "When it comes to conceptual design he is in a league of his own, and a new-look Defected is part of upping our game across all areas of the business."

After working within the music industry for the majority of his life, Dunmore has recently become the focus of a number of major publications, all of which are interested in the method behind his undeniable success. Business-focussed features for The Guardian, Huffington Post, Metro and Evening Standard demonstrated Dunmore's respected position of the industry, while an Outstanding Achievement award presented at Pete Tong's International Music Summit in 2012 saw the industry itself acknowledging his priceless contribution over the course of his career. "It's fantastic to have your hard work recognised" says Dunmore of the accolade "but it's not all about my own time and effort, it's also down to all the amazing people I've had the opportunity to work with over the years. I've always tried to remain true to what I believe in with everything I've done throughout my career, and what we've achieved at Defected is a testament to that fact."

Aside from an exciting new venture for the 2013 Ibiza season and a plethora of new talent to take under his wing, Dunmore is also looking ahead to a UK tour at the back end of the year to celebrate Defected's 15th birthday, culminating in a New Year's Eve event that aims to top the last sold-out gig at Electric Brixton. "I can't say much about it now" he reveals "but what I can tell you is that we're anticipating one of the most memorable parties in our history. If you're into Defected, you should be there."

Fundamentally, Dunmore is a long time music enthusiast who has been fortunate enough to make his passion his vocation. And fortunately for us, he continues to inject every ounce of that passion into Defected and everything the label stands for. Simon Dunmore is Defected; long may he continue to be so.