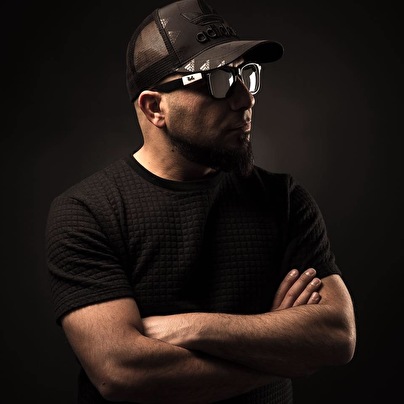 In 1997, Syco joined the infamous Shadowlands Terrorists, known for smash hits as "Dropping Bombs", "More Bazz" and of course "Shadowlands Anthem". Erkan got to perform in countries such as Italy, Germany, Belgium, Switzerland, Spain and even the U.S.A. He also got in touch with DJ Quicksilver, one of the biggest European dance-acts of the nineties and toured with him as well. Next to these activities, Syco started collaborating with The Vinyl Junk again and started the Turkish hiphop act Arka Sokak. They supported Dutch hiphop giants like E-Life, Osdorp Posse and Postmen and became very popular in Turkey.

Syco contributed to the harder styles in more ways than just being an MC. He organized events like the infamous Eastside Underground and Oldschool Madness parties and started delivering more vocals for productions. Besides working with usual suspects like Shadowlands Terrorists and The Vinyl Junk, Erkan delivered for T-Junction, Osiris, Noize Suppressor, Rudeboy, Accelarator and Angerfist. Tracks like "What's Up With Life", "Take The Power", "Party Motherfuckers", "Broken System" and of course "Dortmund '11" are just some of the tracks from Syco's discography.

Next to his vocal contributions, Syco is also the MC of Eastside Connection. Together with T-Junction and Rudeboy, Syco joins forces for both productions and smashing live-performances on stage. Eastside Connection's discography contains hits like "Our Message", "Superior Minds", "No Authority" and remixed Kid Morbid's "No Escape From My Wrath".

Erkan's resume is considered to be among the most impressive ones in hardcore history. Being one of the most experienced MC's in the game, Syco knows how to take an event to the next level. Masters of Hardcore, Dominator, Syndicate, Mindcontroller, Angerfist's "Retaliate" album tour, The Qontinent and Mayday are just a few of the hundreds of parties that have been hosted by 'The Voice of Power'. His everlasting energy and unique vocal sound are among his best weapons of his arsenal. See you 11th of april

Take you back to my world, where I got my clicks, when i do MY SHIT !