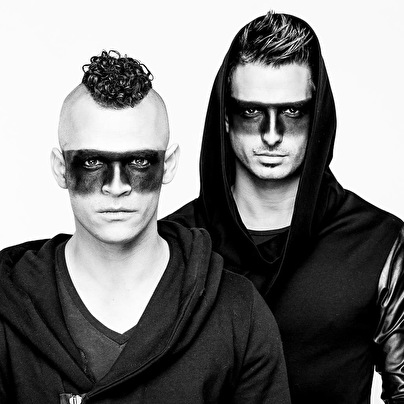 Corey is kicked out bioweapon?

Uitspraak van verwijderd op maandag 8 augustus 2011 om 11:20:
Sam you're a fraud and only in it for the money.­ Seems that Scantraxx is your perfect label after all.­ But you seem to hate being part of a duo, hate Holland and despise hardstyle music

Sam is always desperate, about everything.­ Here is why: for every problem he has, he always cries about it and never does anything about it.­ He cries until someone else does something FOR him.­ In this case, he manipulated everyone around him against Corey -- I would know, because he did the same thing to me non-stop.­ It was at the point where I was going "­Wow, Corey is a prick!".­

Simply, he never "­asked"­ when he needed things.­ He expected it to be handed to them.­ Every other artist who comes to this country as a visitor has to find their own way -- he is not any different.­ He doesn't like this fact being pointed out.­ As a result, he'd blame everyone else rather than himself for not solving his OWN problems.­ He was given a Golden Goose that shit diamonds, gold, and pearls...­ and that still wasn't "­good enough".­ He was hand picked and placed on a label and literally exploded on to the scene within 1 - 2 years.­ That still wasn't good enough -- I know people who have been around for YEARS, that are only just NOW getting this recognition.­

When he started whinging about how nobody supported his tracks, I offered to help him out.­ I'm friends with some of the DJs, I can do him vocals (for FREE), and try to call in some favours.­ I was trying my best to motivate him and cheer him up, only to be met with "­Actually, I hate your voice".­ And then him phoning me repeatedly going "­Sorry sorry sorry......­ I just hate your voice"...­ Please note, he did this while my friend was DYING.­ Some weeks later, my friend died.­ My friend was my music partner, so I lost *­A LOT*­ that was dear to me.­ Sam even knows who my friend is -- as they were friends, too.­ Within a few days, he immediately wanted to work on music...­ I was hesitant because while I wanted to do some music, at the same time, I just couldn't think of anything.­ Rather than doing what any SANE person would do and go "­Hey man, no problem, hope you feel better"...­ he began lecturing me on how I'm a "­disappointment"­, and a "­mean person".­

Yeah, maybe I'm a feisty and retarded train wreck with a lot of problems.­ I don't try and hide this, I am who I am and while I try to be a less "­angry"­ person, I can still explode at times.­

As for why Sam "­simply doesn't start his own project"­ -- this was discussed many times.­ In the photo album I linked to, you can see me saying "­You owe it to Corey to tell him what's on your mind and to work it out".­ He never did, once.­ Only gave excuses why he "­couldn't do that".­ Then we talked about "­why not just perform on weekends, and do your own stuff during the week"­ -- but why do that when you can get away with NOT starting over from the beginning and taking all the profit for the projects yourself?

Sure, Sam and I had our little flirty fling (if you can call it this).­ Everyone knows this.­ However, I'm not the type of person who can just stand by and watch someone completely screw another person over, regardless of how I feel about the other person.­ It's like watching a crime, and refusing to testify as a witness when you could greatly help a person out -- what does that say about a person? Simply, it's just not right.­ You don't DO that to people, and I don't understand why this isn't a common sentiment with everyone else.­ Some asshole takes advantage of another and is sure to pick someone he knows won't openly speak about it.­

I don't give a fuck how talented a person is -- Sam is, undeniably a talented guy -- but that does not excuse their behaviour.­ If you're so fucking desperate, open your mouth, articulate your needs and wants, and if it doesn't work, leave the project and make your own way.­ Don't usurp it in a sneaky way.­

I didn't want to talk about this, but it's out in the fucking open now and I don't give a shit.­ I've been holding this type of dirty fucking laundry for years, knowing shit first hand I wish I didn't know, and watching people get the shit end of the stick for too long.­ Not anymore.­

Guess who's /are? back

Is alleen voor De Tijdmachine he