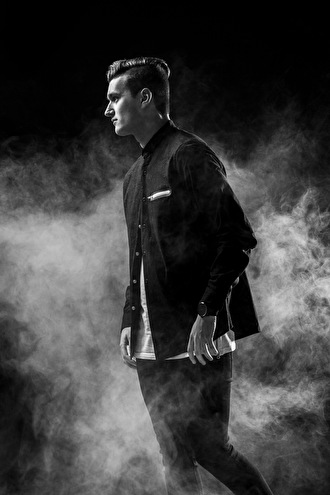 In the latter months of 2013, amongst the vast world of electronic dance music, one fresh act emerged, who were surely ready to create some unique soundwaves.

Enter S1ngular.
→ lees meer
In the latter months of 2013, amongst the vast world of electronic dance music, one fresh act emerged, who were surely ready to create some unique soundwaves.

Consisting of long time friends Walter van der Stelt and Marco Spronk, the Dutch act S1ngular was born on the sole love for music and creating beats that showcase their own personal vision on electronic dance music. Production wise, these two masterminds worked relentlessly in the studio together to create and perfect their sound, which can be described as a diverse combination of the different elements of traditional EDM. Influenced by a vast range of genres including trap, all forms of house, drum and bass and techno, S1ngular excels in demonstrating that there are no limitations when it comes to production.

Since the origination of S1ngular, the guys have scored the release of 'Engage" on Q-Dance records, also having the track featured on the QULT EP, as well as having many other tracks featured on various album compilations. Their musical vision is spoken through every beat and S1ngular is only expected to rise from strength to strength.

In terms of performances, Walter brings the productions to the frontline himself in original and exciting DJ sets which have seen this energetic talent standing amongst crowds at some of the most renowned parties in such short time. S1ngular has had the honor to perform at some grand parties such as Defqon.1, Mysteryland, The Qontinent and various QULT parties.

So keep your eyes peeled and ears ready as S1ngular is a fast-rising name sure to tick all musical boxes.