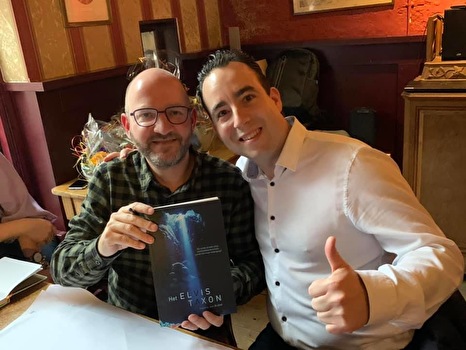 As an introvert person Meagashira has created his own specific, independent style, without taking too much notice of the fashionable hardcore styles of that moment. His productions are renowned for his singing synthesizer sounds, (computer)voice samples, and dark atmospheres. Melodramatic melodies form the basis of the tracks, but they are never too happy, nor annoying. Meagashira always takes the serious approach when it comes to making music, so you'll not find any gimmicks in his productions. This motto has made him popular in the scene.

In 2012 Meagashira has taken up a whole new challenge, by signing to the Afterlife Recordings imprint. With tracks like 'Purified by Pain' and 'Punishment' the standard for the near future is set.

Alter ego Project Omeaga was initiated when there was material to be released which did not live up to the expectations of a regular Meagashira track. The tracks were more experimental, emptier and having a less well-established structure. Ridicule or almost absurd elements are common ingredients for a Project Omeaga track: it's hardcore with a wink.

Prednison Attack by Project Omeaga was to become a smash hit, but it was initiated as an experimental stomper. As B-2 track it took a while for the DJs to discover it, but in 2004 this track was played at every hardcore event in the world one can think of.

During the years to come the Project Omeaga project allowed for releases such as the Prednison-Attack VIP series, Opbokken, Miss Parkinson and Lady Alzheimer. New tracks on Afterlife include 'Ey Oh!', 'Bunker Opera' and 'the Banjo and the Castanets'. These obscure titles leave food for thought, but sometimes good songs do not necessarily have meanings understandable with common sense. Never question who I am!

& We are outcast senses one!

I have none to give

ben heel beniieuwd wat dit gaat brengen in the future, keep it up!

we are outsiders blijft master