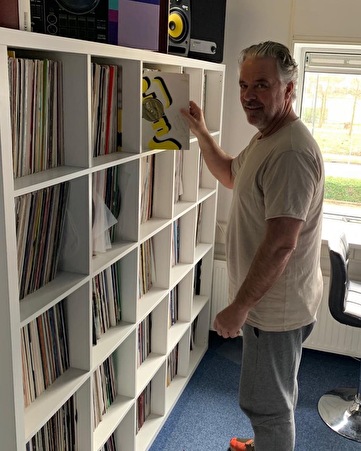 DJ JOSE - PIONIEER IN DANCE MUSIC
Energizing, talented and able to continuously reinvent himself: Jos is a true crack in the field of dance music. A steady succession of hits, both solo and co-produced, brought him worldwide fame.

DJ José has become a familiar face in both the Dutch and international club scene, and a highly demanded profile / high in demand at major events. His signature sound a contemporary, non-commercial style derived from a smorgasbord of music genres, Jos is known for creating an accessible musical flow.

Privileged in experience, Jos is able to actually connect with his audience on a deeper level offering subtle tones, smooth vocals and energizing tracks. Jos will take his crowd on a journey, communicating from his booth, and by relentless self evaluation.

BIO
Music is Jos' true vocation. His talent was picked up soon after he discovered the power behind his mixes, opening a world of Club Residencies and allowing this young pioneer to grow into something of a phenomenon.

The Dutch club scene would come to know him as DJ José, found playing in high-end clubs and discos, and working closely with drive-in shows. Increased demand enabled Jos to start working as a full-time DJ.

International demand for Jos flourishes; he has already played in Turkey, Albania, Greece, Israel, Norway, Poland, Russia and the Antilles, and at major events such as Mysteryland, Dance Valley, Free Festival and Trance Energy.
Events

In 2014, Jos dived into the Ibiza Catamaran Party in Spain as both an organizing partner and Resident DJ. Today, the ICP is an unparalleled party that takes place around sunset on a huge catamaran. Working with DJ Santito and sax player Gabor, Jos rocks the party that is sold out months in advance – a bucketlist experience! Further to this success, the catamaran is also available for exclusive private parties that Jos takes to with the same energy.

In The Netherlands, Jos is the Resident DJ for Broodrooster (Toaster), a vibrant 30-something festival with food & bev and music from the Zeros wrapped in today's sound, spread across multiple areas. Accomplished DJs, both homegrown and from abroad, gather in the Rotterdam Cruise Terminal to shake things up for real. Coming soon: Broodrooster on tour.

Jos' latest pioneering initiative – DJ José Reloaded – focuses primarily on House and Tech-House connected to sounds from the 90s and Zeros. Jos uses mash-ups and power mixes to hoist old tracks into the new age. DJ José Reloaded can be booked for clubs, festivals and events in 60-120 minute timeslots.

Pro DJ School
Jose is keen on sharing his expertise, energy and passion for the business. From 2011 onwards, he has been working with the Pro DJ School as a mixing instructor. By providing a solid basis of knowledge for talented, up-and-coming DJs, he is investing his skills and experience in the future of music, and making a positive contribution to society. Jose also organizes Master Classes and DJ Clinics for companies and private entities.

Pioneering truly is an art for any DJ – something that seems to come naturally to Jos. Being one of the first DJs to appear in the Top 40, he literally paved the path for many who'd follow in his footsteps.

Known for his skills in the Dance scene, Jos effortlessly reinvents himself time and again, using ever so slightly different mixes and styles off the beaten path. His signature preference: pimping old school tracks with a taste for House and Tech House using sounds from the 90s and Zeros in mash-ups and power mixes.