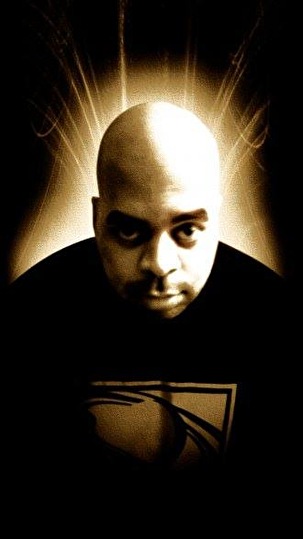 Bone experienced the emotion, passion and energy of Detroit Techno first hand at the infamous Music Institute. What he witnessed there, along with the eclectic mix of music filling Detroit's airwaves by the legendary Electrifyin' Mojo and The Wizard, along with Detroit's industrial backdrop, would serve to be Bone's main influences.

Bone began his DJ career spinning groundbreaking sets weekly at The Love Club (The Shelter). From there he gained a dedicated following which eventually led to him playing at three different clubs five nights a week as well as several underground parties in Detroit. An invitation to provide fortnightly, live mixes for the Deep Space Radio show on 107.5 in Detroit was also extended.

After hearing Bone in Detroit (1996 Love Club Anniversary Party) Laurent Garnier booked him to headline at the Rex Club in Paris. Soon after word spread and Bone was invited to play events all over Europe. He gained momentum and began performing in locations such as Tokyo, Slovenia, and Mexico to name a few.

Observing a lack of electronic music, which fit his style, led Bone to produce his own original songs to incorporate into his funky and eclectic sets. He took it a step further and started his labels Subject Detroit and Encounter focusing on true Sonic Soul.

In late 1997, Bone began his residency at the Motor Lounge in Hamtramck (bordering Detroit on all sides) pioneering an underground Detroit Techno night. Within a month, the number of Bone's weekly session attendees topped 1,000 as well as tens of thousands of others tuning in to his live set broadcast on the radio every Friday from midnight until 2 am (87.9 FM). Always looking to expand minds and move bodies, Bone took on the challenge avoided by so many DJ's before him familiar with Detroit by name only. For nearly three years, he amazed his crowds, which included out-of-towners from as far as Japan and Australia alongside his Detroit faithful. Unfortunately, due to Motor's attempt to exploit what Bone had founded and loved, he decided to depart from the club and his residency.

Bone also has performed during concept car shows at the North American International Auto Show (twice), the Cadillac Concept car unveiling in Geneva, Switzerland the 2000-2002 DEMF, fashion events and was asked to serve as a Board Member for the 2002 DEMF.

Observing the trend of producers being booked to spin as opposed to actual DJ's fueled Bone to go against the grain and establish himself as a DJ primarily. He believes that an individual's talent should speak for it and not be overshadowed or misconstrued by hype.

Bone is currently focussing his attention on his record labels (Subject Detroit and Encounter), concentrating on pushing the imaginations of those who live for a true underground vibe.