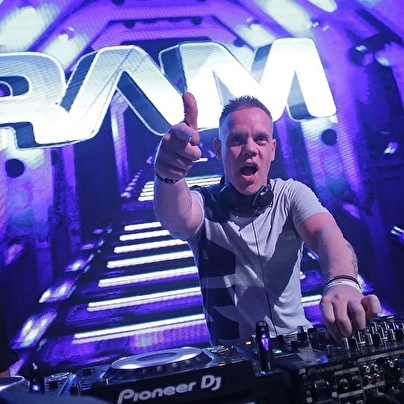 2013 started off brightly with collaborations with Alex M.O.R.P.H. (Grotesque) & Sean Tyas (Beat Boutique) signed to Armada's AVA. The biggest track of RAM since 'RAMsterdam' however saw the light in October 2013, but the reason for it to be written was a very sad one. The loss of his beloved wife Amelia was the reason for this track, 'RAMelia', to be written in collaboration with composer Geert Huinink and vocalist Susana. With 7 consecutive plays on A State of Trance, voted Future Favorite with a staggering 61, 9% of the votes (Most votes ever @ ASOT and Armin already calling 'RAMelia' an all-time favorite, 'RAMelia' eventually was voted #2 in the Tune of the Year on ASOT 2013.
Because of the big support by the likes of Aly & Fila, Markus Schulz and Armin van Buuren, who played the track on every live set he did, with seven consecutive plays on ASOT, with the big support from all the Trance DJ's and the Trance Families, it was just a matter of time before 'RAMelia' reached the top of the list.
After its release 'RAMelia' raced to the no.1 spot on the Beatport Trance Top 100 after entering at no. 3 and the track even reached the no.15 spot on the Beatport Top 100 Main chart.
But that wasn't it for 2013. On the 23rd of December John O'Callaghan feat. Audrey Gallagher - Big Sky (Signum & RAM remix)' was released and also ran down the Beatport Trance Top100 to the #6 spot.

2013 also has been a great year for Grotesque of which he is the resident DJ and programmer. Grotesque has hosted area's at festivals across Europe including the World's biggest trance festival Electronic Family, Ultrasonic, Summerlake Outdoor as well as hosting their own indoor festival at the Famous Maassilo for no less than 4000 clubbers. The latest Grotesque concept, Grotesque 'In Concert 'with Markus Schulz was a huge success and sold out, proving to be a suitable closing party of a very successful year for both Grotesque and RAM.

In 2014 Grotesque also will be hosting the FSOE & Subculture Amsterdam Weekender and doing a club tour starting at the Gallery (MOS). In tandem with this RAM has launched the Grotesque radio show, which goes out weekly on Afterhours FM.

With a lot of new things to come, the new track in the 'RAM' series, the start of the Grotesque Music label, the making of his debut album and great collabs with the likes of Andy Moor and Christina Novelli, Betsie Larkin, Stine Grove, Sean Tyas, Arctic Moon, Sied van Riel and many more, 2014 looks very bright for RAM. Despite his busy schedule the first two new tracks of RAM, 'Kingdom of Dreams' and the collab with Arctic Moon, 'Mirakuru' are already signed to ASOT and FSOE and will be released very soon. 'Kingdom of Dreams' and 'RAMelia' are also on A State of Trance 2014 by Armin van Buuren.