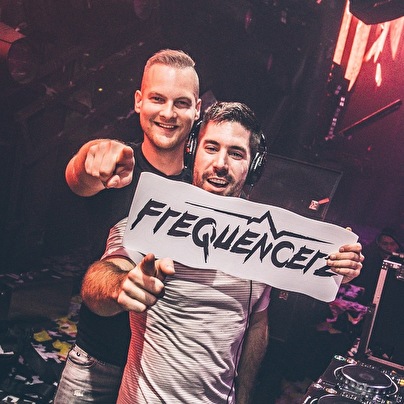 Being no stranger to pumping out hit after hit, from the beginning of their career till now, Frequencerz have accumulated countless chart-toppers to their name. Any Freqz fan can appreciate material such as "The Unknown," "Renegades," and "Wolfpack," as well as earlier material including "Tomorrow & Beyond," "Rockstar," "Burning" and "Men of Steel." Aside from their solo ventures, Frequencerz are also renowned for their work as B-Freqz, alongside B-Front, with their biggest hits being "Overdose," "Lights," "Freedom," "The Eclipse," their official Rebirth 2018 anthem "Rebirth" and many more tunes from their recent album 'Eclipse.'

Equipped with ground-breaking, innovative music that uniquely captures any crowd, Frequencerz have taken their tunes up to the world's biggest podiums with performances at Defqon.1, Qlimax, their own X-Qlusive event, Q-BASE, Intents Festival, Mysteryland, Decibel Outdoor, Tomorrowland, Parookaville and Electric Love. The pair have also brought the party abroad to countries like China, Mexico, Australia, Chile, Austria, Italy, Norway, Sweden, Germany, Belgium, France and Spain among others.

Aside from creating legendary tunes and showcasing them during high-impact sets, Frequencerz have proven themselves as scene leaders through launching their own label Roughstate, alongside Ran-D, B-Front, Adaro, Gunz For Hire and B-Freqz. Built on the foundations of friendship, Roughstate immediately skyrocketed to the point where it's situated at the forefront of all Hardstyle labels.