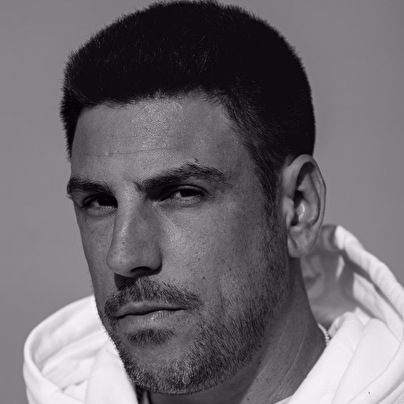 From the year 2007 minimal-techno music was conquering the clubs of Amsterdam. The young Sanchez saw this trend and started to throw both legal and illegal parties. Especially the illegal ones in the raw north of Amsterdam and in a ship called Stubnitz are still renown in the Dutch scene. This was also the year Marco Carola and Loco Dice made a remix of his track 'Mumbling Yeah' which became an underground world hit.

These successes were one of the reasons Sanchez started his own monthly club night called Bla Bla in 2008 at Studio 80 Amsterdam. Dj's like Barem, Andre Oliva and Mathias Kaden all played their first gig in Amsterdam on one of the infamous Bla Bla nights. Because these nights were successful he established the label Bla Bla in 2009. The label teamed up with El Mundo & Satori, Mulder, and Bas Amro and had a great influence in the scene.

Individually Daniel was also developing, and released his first album on the Remote Area label called Untitled Concept. 2010 was an even busier year with many national, but also international gigs. Minimal techno was more popular than ever and so were the DJ's. By now he released tracks on the labels Remote Area, Plus8 (Richie Hawtin), Saved Records by Nic Fancuilli, Suara and more. Apart from music itself he had (and still has) a great interest in the technical developments of the field, and changed his gear every year.

Always up for new musical adventures he launched the electronic-dub sub-label of Bla Bla: Be Real in 2010. At the end of this year he also created a minimalistic- dub album called Cirkel, which he released, of course, on his own label Bla Bla.

In 2011 he signed a three-year contract with Sensation for the Sensation 3 Year World Tour, where his focus layed on techno. With them he travelled from North- to South- America, Asia and Europe where he created twelve successful shows together with his brother Juan Sanchez. After meeting many new, inspiring people he now focuses even more on his international aspirations.

Since Daniel started his career he played seven times for Awakenings, also seven times for Welcome to the Future Festival, A day at the Park Festival and two times for Time Warp. In 2014 the label Bla Bla celebrated its fifth birthday. One of its presents is that after two years the label is releasing on vinyl again. He established a new label called Cachai with his South American partner in 2014 and set up the minimal collective/label We are the music makers in 2015. In this year he also founded the label 555 (hahaha in the Thai language), at which he focuses on the Asian market. Just like the music scene, Daniel Sanchez is always evolving.