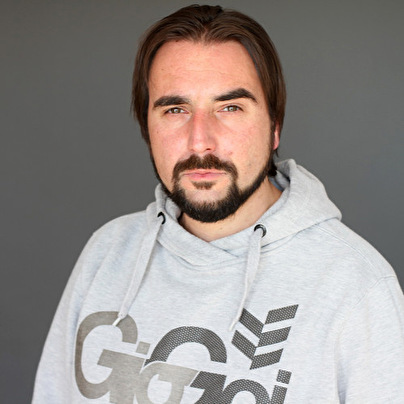 Daniel also played drum and bass for some time under the name of dj Deadly D on a lot of illegal parties, Paradiso, Melkweg and a residence at club [undefined=undefined] for Fresh.

As organizer he founded Nightbreed, formed in 1993 together with friends, with the first party in Het Rotaanhuis (later club More), warehouse parties & The Catacomb Studio's.

Later on round 1997, while working in the famous Groove Connection Record store, run by JP, Joost Bleeker (rip) and later Vince (rip), he met Ziv Avriel from Israel who moved to Amsterdam at the time and offered him a spot in club Trance Buddha. Surprised by his skills and his great personality it did not take long for them to create their own techno organization. They called it Underground Heaven, with a residency in club [undefined=undefined] & Time and one off parties at Hempoint (illegal ware house party), Hotel Arena, Lichtfabriek etc. They played alongside artists like Steve Rachmad, Thomas Schumacher, Kazu Kimura, Estroe, T-Quest, Misjah, Bart Skills, JP, Shinedoe and many more.

On the end of 2003 Daniel and one of his old band members from Solid Fundamental, Karel aka Rustig formed Eclectric, with influences from techno, break beats & hip hop. They did a few live sets at parties and had their first vinyl release together with Solid Fundamental.

As Daniels musical choice was not only techno but house as well from early on, he was looking for a new medium for his trax on the deeper shade of dance music and that's where Willem de Poorter aka Adjust came in. Willem invited him for a live set on a festival in Eindhoven. Shortly after they went into the studio and decided to create the label Cosmic Disco Records. The main styles are deep- and tech house. Daniel and Willem also formed the new live house duo Zweistein. The label, Zweistein and their featured artists received support from artists like François K., Paco Osuna, Robert Owens, Jamie The xx, Michel de Hey, Maor Levi, Sunshine Jones, Guy J, Alexander Robotnick, X-Press 2 and many more.