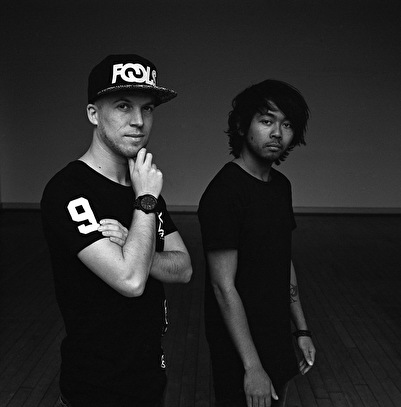 When the two met in 2007 and noticed each others unique styles, teamwork seemed the best way to success. After various underground club hits and remixes for acts like Britney Spears, Fall Out Boy, Benny Benassi, Dillon Francis, Pitbull and Fatman Scoop, the big breakthrough came early 2013, kicking off an impressive summer.

The release of 'Footrocker' on Revealed Recordings started a new chapter in the Mightyfools era. Hardwell himself premiered the track at Ultra Music Festival Miami and 'Footrocker' became the most sought after track of the moment. The track entered the International Buzzchart straight on #1 and reached an amazing #3 spot in the Beatport main chart and stayed there for weeks. Many declared it to be biggest track of 2013 and it's still being heard on main stages worldwide to this day.

Mightyfools proved to be more than just a hype by releasing 'Put Em Up' on Doorn Records, Sander van Doorn's homelabel, just shortly after. Together with 'Go', on Afrojack's Wall Recordings, both tracks followed the Footrocker trend and went straight into the charts, with 'Go' having a #2 Buzzchart position, a solid place in David Guetta's DJ sets and one of Calvin Harris' personal festival favorites. Mightyfools couldn't have asked for a better ending of the year.

2014 started with club hits 'Pullover' (featuring dance music legend Niels van Gogh) and 'Lick Dat' (with superstar dj group Yellow Claw). When Calvin Harris reached out to sign a Mightyfools single on his own label, Fly Eye Records, the release of 'Shaolin' was a fact. Praised for it's originality, once again a Mightyfools track went straight into the Beatport chart and became an essential part in the mixes of all A-list DJ's. It turned into one of the most played tracks of the year.