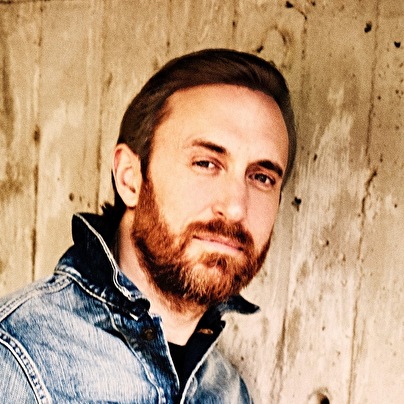 David has established himself as arguably the world's biggest and most successful DJ of all time by fusing dance music with urban artists. By teaming up with some of the biggest names in hip hop and R&B, and reinventing their sound for the electronic dancefloors, Guetta created pop alchemy. The ensuing hits such as 'I Gotta Feeling' with Black Eyed Peas, 'When Love Takes Over' with Kelly Rowland and 'Sexy Bitch' with Akon propelled him to superstardom. They also set a new template for the sound of commercial radio. This was instrumental in turning electronic music into the biggest youth movement since hip hop.

Of course, his own groundbreaking accomplishments cannot be overlooked either. 50 million album and single sales; over 10 billion YouTube and Spotify plays; numerous #1 singles and Platinum and Gold certifications across the globe; two Grammys for Best Remixed Recording and four further nominations; one of the most successful club nights Ibiza has ever seen; one of the biggest social media followings of any DJ/producer; the first DJ to be on the cover of Billboard, the list goes on and on and on…

With all his success as a chart-topping producer, it's all too easy to forget about his hallowed heritage as a highly respected DJ. Promoting raves in his native Paris with nothing more than photocopied flyers, he rose through the influential 'French touch' era that saw the likes of Daft Punk come to fame, but was soon forging his own path through the dance music scene. Whether he's playing at one of his residencies at XS and Encore in Las Vegas or Ushuaïa Ibiza or playing mega festivals like Tomorrowland (where he has performed since its first year) and Ultra Music Festival, he never forgets those humble roots. His 'classical' training in the art of mixing combined with his enduring appeal and continual relevancy ensured him the #6 spot on the DJ Mag Top 100 and a Billboard award for Top Dance/Electronic artist most recently.

Citing his role in the studio in the vein of a classic producer, Guetta sits as the musical brain at the center of the project, bringing it all together. His incredible list of collaborators over the years has included Madonna, Rihanna, Lady Gaga, Snoop Dogg, Usher, Sia, John Legend, Nicki Minaj, Kelly Rowland, Showtek, Avicii, Ne-Yo, Akon, Afrojack and Nicky Romero for starters, but he has also been a keen supporter of lesser-known talent. The likes of Sam Martin and Chris Willis have both enjoyed continual support from Guetta, showing that he's not just about the A-listers but also about championing hot new names. "Of course it's amazing to work with famous people," he explains, "but the reason behind their fame is their talent. But I also love finding talented people who are not famous, it's equally amazing to put the spotlight on them."

Always in high demand outside of the clubs, festivals and studios, Guetta's extra-curricular activities have ranged from providing the original soundtrack and musical direction for the UEFA Euro 2016 football championship to being a key partner for UNICEF and an early supporter of groundbreaking legal mix uploading platform Dubset. Never hesitating to help charities, David joined forces with the United Nations in support of ''The World Needs More'' campaign to raise funds for humanitarian emergencies.

One of his latest releases Would I Lie To You is seeing him return to the club dancefloors, it's clear that he'll never be defined by just one side of his career. His passion for music remains undying, and while the world continues to watch his every move with anticipation, he'll ignore the pressure and continue his ongoing search for that perfect beat.

His latest release Shed A Light is a dance pop ballad that is bound to leave a lasting impression across the globe. The track shot to the charts and has reached a Golden status in Italy, The Netherlands and Sweden up until now. More than anything the deeply moving song sends a message of hope, urging us to heed the call of our hearts. The track has the emotional fire that Guetta aims for in all his productions. see ya next year

David Guetta you're the best DJ

I think i'm in love

When Love Takes Over

When loves takes over

WE ALL HATE DAVID GUETTA!!!

you are the best

The number one of the world

most overrated piece of shit on earth.