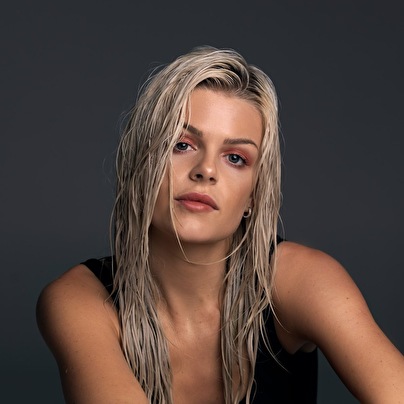 When I was young, probably around the age of 4, I was a big fan of superstar Britney Spears. I knew all of her songs and dances. While other children of my age were playing house, I was pretending to be her. I was performing 'Oops!... I did it again', and 'Overprotected' with my eyes closed, pretending I had a whole crowd listening to me. And DAMN, I felt like I was amazing😂. It became a dream and a difficult one. Even though I was only a child, I understood perfectly that there were a lot of other young boys and girls who had the same dream and that it would be naïve and unrealistic to think that I was going to be the next Britney Spears. So I kind of kept my dream a secret.

When I went to high school, I crawled out of my shell a little. I started performing at open stages at school after recommendations of my music teacher. I loved it! I started singing in front of my webcam, but never posted anything because I thought it wasn't good enough to be shown to my classmates. On my 18th birthday, I asked my parents for a microphone and some software to be able to record my voice with better quality. I started posting the recordings on social media and friends and family were very enthusiastic about it! Sub-Bass Music Group also saw my videos and saw potential in me. Since 2016, I've been working closely with this songwriting and production team on my own music and covers. On June 5th, I released my debut single called 'Pillow' with Sub-Bass Music Group.

My journey has just started, but I'm already so grateful towards my team and my followers for this opportunity to chase my secret dream! Thank you all.