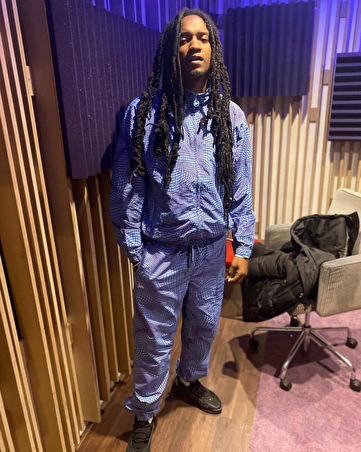 Being a talented man, with an extreme work ethic plús contradictive character, make Kalibwoy a skilled artist. His search for inspiration is therefore limitless. Kali adopts sounds from Reggae, Jazz, hip-hop and Juan Luis Guerra's Latin tunes but the powerful soul of Otis Redding is just as familiar to him. His life has always been filled with music however, his true devotion to Dancehall got boosted when he suddenly had to move from chilly Amsterdam to the sizzling heat of Suriname at the age of 14. Turning on a Sizzla CD at a crazy sound level instantly won over new friends who would change his path of life for good.

For his sound Kalibwoy found inspiration in the music from notorious Dancehall-artists Sizzla and Elephant Man. But expresses that Vybz Kartel is his true role model, as they share the same crazy workflow. Being a 'son of Vybz', as Kalibwoy feels he is, he always takes an extra step on the work floor. It resulted in collaborations with The Jamrock Crew in 2008. Together with DJ Waxfiend, DJ MBA, DJ JAH and Shyrock / Maikal X they founded the Dutch Dancehall scene. It provided him numerous performances, as winning the prestigious Dutch contest 'De Grote Prijs van Nederland' in 2010. Kalibwoy was the first Dancehall artist to ever win in the hip-hop category which brought him respect and full acceptance. Since then he's been the most featured artist in the Dutch hip-hop scene. Kalibwoy's energy already lit up the stages of the Reggae Festivals in Ahoy Rotterdam and HMH Amsterdam, and big ones like Mysteryland.

Currently Kalibwoy is working on his first EP 'Karlito's Way, which he named after his favorite movie. The release of Karlito's Way is scheduled for the end of 2014 and is a mixture of Dancehall, hip-hop and EDM/Trap music.