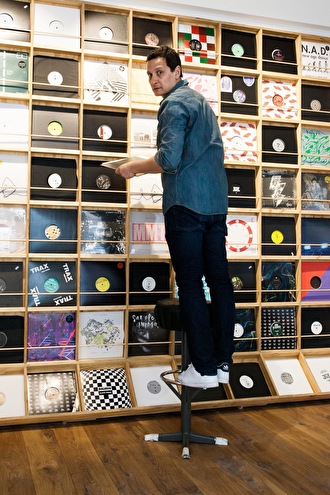 Sure, everyone in the industry claims to have been music obsessives since youth, but few have taken it as far as this Dutchman. As a DJ who prefers proper tools like E&S or Rane rotary mixers and Dope Real isolators, since 1996 he has played all across Europe, Australia, Asia and both North and South America. Unlike many, though, he has a wealth and depth of music to call on that is so vast you never quite know what you are going to get: he is as comfortable spinning Chicago and Detroit influenced house as he is rare Afro funk, forgotten disco and everything in between.

Of course, Antal also runs the mighty Rush Hour Records in Amsterdam with a close group of hard working people. It's a vast empire that encompasses a reliable distribution wing, sub label Kindred Spirits as well as a much-loved record store chock full of vinyl bought during on-going crate digging trips around the world. The label, meanwhile, releases house and techno from the vanguard at the same time as re-issuing long forgotten classics that serve to educate whole new generations about what has gone before. You could say Antal himself serves the same purpose when DJing.