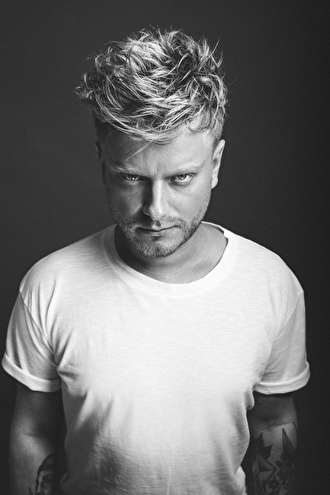 2015, however, is Joey's international breakthrough year, by taking the leap that every DJ secretly dreams of: his first big gigs in Ibiza. It is also the year where a ten years worth of gigs both in his home country as well as abroad, experience in curating and hosting top-quality events and an ever-growing appetite for the studio are now culminating into Joey's greatest chapter yet. And it's only just begun.

His early beginnings are known to many of his close friends and loyal fans: putting his skill to the test at Rotterdam's famous warehouse parties. Quickly gathering experience in Rotterdam's nightlife, Daniel would later be adopted by one of Holland's most forefront nightclubs, Toffler. At Toffler, he would later also become a resident, putting enough trust in Joey's capabilities to grant him an all-nighter twice a year, and has been doing so for four years now. During these marathon sets - sometimes even lasting ten hours - in Rotterdam's neon-laden dance temple, Joey would come to truly understand what it is that fuels him as a DJ and how he can take complete control of a crowd.

"I'm a sucker for the low-end, dubby tech spectrum of dance music. That's why bass always plays a key role in my sets", Joey says of his musical tastes. Just add the driving percussion elements, especially the subtle hi-hat and snare elements to that and you get an idea of what you're in for when you have Joey Daniel playing in front of you.

Toffler is also the main venue where his 300MPH parties take place; a successful series of events still in existence today, aimed at bringing some of the finest craftsmen in house and techno to his hometown, curating nights directed at highlighting big names such as Loco Dice. Not before long, though, he decided it was time to set out for his conquest of Amsterdam, resulting in a more than welcome addition to the city's sprawling nightlife roster: DSTRCT. The crowd in the Dutch capital immediately welcomed the warehouse-themed event with a near sold-out first edition. Aside from his Rotterdam adventures and his own parties, Joey is also recognised for his legendary performances at Awakenings, Time Warp Holland, Mysteryland, Welcome To The Future, Pollerwiesen Festival across the border with Germany, Extrema Outdoor in Belgium and a gig at the much acclaimed Elrow Barcelona.

Joey is also getting the hang of the studio and record production more and more. His first release, "You Know My Streez" in 2012, dropped on Material, was an instant hit, reaching the top 10 Beatport charts and extensive playtime by none other than Loco Dice. Another release, "Pantys All Over The Place", followed in 2013 and was released on Memoria and gained massive support from Loco Dice and Matthias Tanzmann.

This summer Joey is coming out with a range of new studio material. One single has been dropped with good friend Rub A Dub called "Jungle Stabbin", on a Various Artists EP of one of Joey's favourite labels, D-Floor (run by Leon, Pirupa and NiCe7's). Another collab single with Rub A Dub is coming up on a VA of upcoming Parisian imprint InMotion, followed by a full collab EP by Joey and Rub A Dub on that same label. Next to this, there's also a solo single of him, "Crossing Borders", to be released on the upcoming Summer Sampler on NoExcuse, Rub A Dub's own label. If that weren't enough, Joey has got a multitude of solo EPs coming up on various labels – more info on that is following soon..

It didn't come as a surprise though, that Joey was soon to fully focus on his DJ career again – specifically his international aspirations. Regarding this, 2015 has already been an incredible year for him, with bookings that took him across the globe. Like playing at sunrise during one of the most spellbinding after parties during The BPM Festival in Mexico last January, or his upcoming gig at Berlin's revered Watergate club. More importantly though, it is the year Joey is granted the possibility to prove himself in Ibiza.

After playing various high-profile after- and villa parties on the White Isle back in the 2014 season, Joey got picked up by Music On. This brought forth one of Joey's most defining moments: playing at Music On in a packed Amnesia, next to life long idols of his like Joseph Capriati, Hector, Stacey Pullen and of course head honcho Marco Carola himself. A moment engraved in his memory forever, where all he had worked for finally came together.

Since then he's been taken up by the Music On family and booking agency, Orbeat Bookings, actively supporting Joey's DJ career from now on. This has immediately led to many great bookings, like playing the popular Music On radio show at Ibiza Global Radio, its official pre party at Café Del Mar and the official after party with Joseph Capriati at the magical outdoor venue Cova Santa. Next to that, other gigs followed at Space Ibiza during the celebrated Elrow parties and one at the Love The Underground label night at Tox, Destino. all the party people in the house make some noizeeeeeee!!!! TOPPER!!!