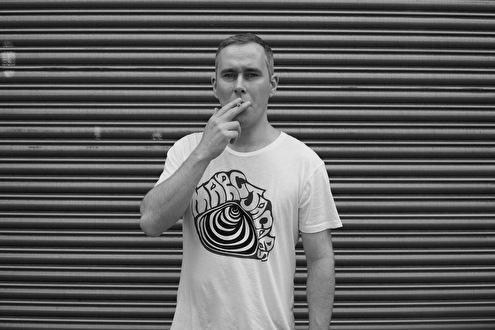 Some call him 'the wizard'; Noel Gallagher says he's a genius; some of his devoted YouTube fan base even call him 'God'!

By taking remixing and audio editing to new heights, The Reflex has captured the world's attention and built an impressive army of fans along the way.

Respected by music lovers and DJs worldwide, The Reflex has also gained the trust of the original artists he has remixed, like music legends Nile Rodgers, Giorgio Moroder, Kid Creole, Kathy Sledge, Bootsy Collins, Jackie Jackson and A-list rock stars Noel Gallagher, Bono and Paul Weller.
→ lees meer
Some call him 'the wizard'; Noel Gallagher says he's a genius; some of his devoted YouTube fan base even call him 'God'!

By taking remixing and audio editing to new heights, The Reflex has captured the world's attention and built an impressive army of fans along the way.

Having gathered support from virtually every corner of the industry -
From the tastemakers (Gilles Peterson, Mistajam, Bill Brewster, Lefto) to the heavyweights disco DJs (Joey Negro, DJ Harvey, Dimitri from Paris, Mousse T.); from the top underground jocks (Skream, Eats Everything, Disclosure, Purple Disco Machine) to hip-hop heads (De La Soul, Jazzy Jeff, Rich Medina); from the DJ / remix pioneers (François K, Danny Krivit, Greg Wilson) to ground breaking producers (Patrick Adams, Jimmy Jam, Leroy Burgess); the list of supporters keeps growing. It's no coincidence that The Reflex has ended up on Barack Obama's iPod or received the ultimate thumbs up from the legendary 'Thriller' and 'Rock With You' songwriter Rod Temperton before his passing.

More than an edit, it's The Reflex Revision: a motto that describes accurately the expert craftsmanship involved in turning stems into brand new, fresh sounding versions. With privileged access to original multitracks, a unique attention to detail and mixing skills to make vintage recordings sound like no other, The Reflex extracts the funkiest elements and puts the musicality to the fore while building his own groove in a way that only he can. While some are remixing from the outside in, layering house beats over disco classics, The Reflex does it the hard way, combining creativity and functionality with results that are often nothing short of spectacular.

With 50+ official remixes under his belt for the biggest names in the industry, The Reflex's output is in demand. Whether he's sound tracking Karl Lagerfeld's make up range or genre-hopping through the decades and styles with ease, The Reflex has become the remixer most played on BBC6 Music (courtesy of long time supporter Craig Charles), and his acclaimed 'Mastertapes' mix series has been picked up by Rinse FM for monthly broadcasts.

London based since 1998, French native Nicolas Laugier's story is one of determination, drive and ambition. Hailing from a humble working-class background and after many years of hardship, Nicolas gambled all his little savings on a professional music career nine years ago at the age of 36, with no plan B. No easy feat to achieve these days especially being strictly a DJ / remixer.

As a DJ, The Reflex sets are a proper energy-packed workout, full of unreleased material (his own and from his trusted network), often playing the big disco tunes well ahead of everyone else.

With 20+ years in the game, through an impressive mix of disco, cosmic, funk, boogie house and rarities, The Reflex brings on the grooves in their many forms with an ability to adapt to crowds and places through his wealth of knowledge and experience. Somewhere between trainspotters' paradise and crowd pleaser, always classy but never vulgar.

Love it or hate it, you'll know a Reflex Revision when you hear one. By morphing tired classics and sometimes uncool songs into bonafide DJ weapons, The Reflex has created a catalogue of revisions that will be played for many years to come.