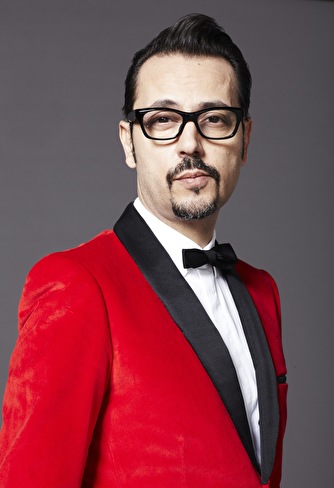 In contrast to the egocentric, "hands in the air", DJ God character that is increasingly becoming the norm in certain spheres, Dimitri stays true to the traditions handed down by generations before him. Preferring the connectivity offered by an intimate club gig to the large, festival-style show where visuals and production overpower the musical aspect of a performance. "I don't have much to show and neither do most of the others guys, which is why they come up with gimmicks. I don't feel comfortable on a festival stage because I don't want to put on a show for the sake of putting on a show."

Dimitri represents the true roots of DJing; the selection and sharing of music for the enjoyment and education of his captive audiences, placing love of the music ahead of anything else. Substance is what counts to a maestro like Dimitri, a long-time collector of music and a disco aficionado – even though he believes in playing music that's accessible, he refuses to forsake substance for the dumbed-down music played by so many DJs at the top of the hierarchy. He uses his position as a world-renowned DJ to entertain his audiences while also introducing them to new music, opening their ears and eyes to new possibilities and new artists.

Dimitri is proof that you can play interesting and sophisticated music that's subtle, yet also has wide appeal. With the power that a DJ can wield, Dimitri assumes responsibility for gently easing in his audiences to a far richer tapestry of sounds than they may be used to, refusing to buckle and play what's considered trendy or 'the in-thing'. His philosophy is that a good reputation can be built on being a trustworthy supplier of good music, daring to be that little bit different while also treating your audience with respect, never underestimating who's on the dancefloor having a boogie in front of the DJ booth.

With a career spanning three decades, Dimitri knows exactly how to work a crowd, whether they're familiar with his work or not. His story began in the early-80s, when he went from bedroom DJing to being a DJ on French station Radio 7. His career soon progressed and he spearheaded the first ever house show on Radio NRJ, Europe's biggest FM radio network, 26 years ago. In the years since, Dimitri has picked up a number of accolades and presitigious assignments, including remix work for pop luminaries such as Bjork, New Order, Quincy Jones, Chic, James Brown and The Jackson 5. This in turn led to Dimitri making his own edits of tracks, informing his knowledge of how music works and boosting his production skills. His debut album, Sacrebleu, was named album of the year by Mixmag in 1996 and drew influence from a range of inspirations such as movie soundtracks, jazz, disco, samba and house.

His talents also led to musical contributions to some of France's top fashion houses: Chanel, Jean Paul Gaultier and Yves Saint-Laurent. Dimitri's approach to style has also become part of his calling card – having been inspired by visits to the movies as a child (The Ratpack and former Bond actor Sean Connery cited as inspirations), he maintains a very 'dapper' sense of fashion, asserting the same ideals on the artwork and photoshoots that accompany his musical output. The aesthetics that complement his music placed on equal footing with the audio side of things, bringing consumers an immaculate finished product with every release. A staunch believer in his own style both musically and visually, Dimitri's unerring self-belief and meticulous attention to detail have propelled him to the position he's in today.

This professional approach to his career has landed him some outstanding working relationships, like his long-running bond with Defected Records. It was almost ten years ago when Defected boss, Simon Dunmore, asked Dimitri to put together a compilation for the label's In The House series. From that point onwards, a healthy relationship blossomed between Dimitri and Defected. Now, eight years after the first one, Dimitri returns with 'Back In The House', a brand new compilation that features two great mixes by the Frenchman.

Though he's often associated with disco, Dimitri is of course, a connoisseur of house as well. With this compilation he demonstrates his ability to create well thought out, timeless mixes both live and in the studio. The live mix comes direct from the intimate Horse & Groom in London, where Dimitri played to a small but appreciative crowd of around 300 people. He made sure the audience sounds remained in the mix, adding to the atmosphere of the live recording, "Without the audience sounds a live mix can sound sterile. It can take the whole thing out of context when you remove the crowd noises," he says. The other CD, recorded and edited in the studio, is a lot more designed, though just as vibrant and colourful, representing Dimitri's current tastes and showcasing his ability to comfortably move from one genre to another. With so much care and attention injected into both mixes, Dimitri's new Back In The House compilation is sure to become just as timeless as his first outing for Defected.

Dimitri has also put out music via Playboy, for their Night At The Mansion series of compilations, the first of which was a milestone at the time – being as it was, one of the earliest forays into the world of electronic music for such a globally-recognised, mainstream brand. As both as business opportunity and as a chance to reach out to a wider audience, it was a shrewd move and one which Dimitri used in the best way possible, making sure that his mixes included plenty of music that was not as commercial as one might expect. Reinforcing Dimitri's ability to reach out far beyond the constraints most DJs have, thanks to the universal appeal of the music he plays.

Of course, he is also well known for playing one particularly unifying form of music – disco. An avid collector from an early age, Dimitri is internationally recognised as one of the foremost modern disco DJs. Always on point with a superlative selection of both well-known classics, and those ultra-rare, hard-to-find cuts – Dimitri is a disco maestro, who never fails in finding that track that sends everyone on the dancefloor into a frenzy or, more commonly, that stream of tracks that keeps everyone's feet firmly on the dancefloor until the early hours of the morning.

From disco through to house Dimitri bridges the gaps between genres, blurring the lines between mainstream and underground and never allying himself one side in particular because that's just the way he is. There really aren't many DJs who can happily play at the Playboy mansion one week and at a tiny 200-capacity venue the next while maintaining their integrity and without their fanbase questioning their motives. Thanks to his consistency in playing good music, no matter what the venue or crowd, Dimitri can straddle these worlds in a dignified and reputable manner.

To stay relevant for 30 years is quite an achievement, but to do it without compromising one's ideals and principles is even greater. Which is why Dimitri from Paris is an inspiration to so many and remains a firm favourite of so many partygoers around the world. Here's to another 30 years.