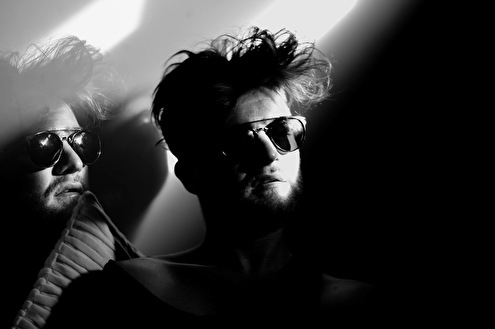 José was born and raised in a environment filled with music. Barely standing on his feet he already started to store bags of musical knowledge, from jazz to disco, from rock to Hip Hop and R&B. It turned out to be the perfect form to handle his emotions. José got fed with a wide spectrum of sounds, but what affected him most was music with a 4/4 beat. The existence of Underground house and Techno music forced him to spin records. The deejay career of José Noventa lifted of and quick as a wink came possibilities to play on festivities in clubs and venues in Belgium, Holland, Berlin and Ibiza.
After a while of Deejaying and Producing while being based in Belgium, José took the step to Move on and stranded in Berlin.

In Berlin everything changed for José, as he stopped Deejaying for a while, after being blown away by the diversity and the "2ManyDeejays" syndrome.
In this time José took the time, to explore and investigate more into sound and his feeling.
Which ended up, collabing a lot in Studio's where he found his "Groove" again.

Pushed by a big dose of enthusiasm, a vivid imagination and lovely sense of humour, José aims to enthral audiences with a distinctive mixture of house and the deepest, most cutting edge angle of disco, on top he tries to blend and Sample all of the Music which touched him throughout the years. His thrill blazing enterprise is to take you away from the popular trends, towards a warmer, deeper and more underground atypical sound. So join the experience, free your mind and your feet will follow.