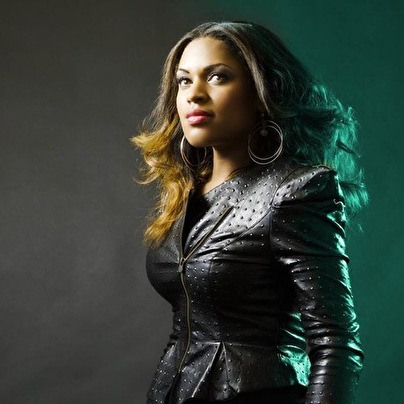 Ever since Jennifer Cooke was young, she always knew she wanted to become a singer. After graduating from the School of Arts, she had exposed herself to all forms of activities, such as writing, recording en learning how to network. During her time developing herself in the Music World, Jennifer was doing exceptionally well with a demo dance group called FDC. She had been training with them since the age of 12, and the group had performed together for six years in which they did showcases for a variety of National and International artists, within some became very successful International artists.

In the period from 2001 to 2010 a lot of progress had been booked like recording in professional studio's in the Netherlands, recording and finalize two singles in Gambia, doing a tremendous show in the pre-program of superstar Youssou N'Dour (known for the hit "7 seconds ft. Neneh Cherry) and Jennifer achieved the title for Best Female artist overseas in The Gambian Talent Awards 2008. As a great milestone Jennifer released her first official single called You Got it Goin' On with International success. This song was played by nr. 1 Radio Stations in several countries like England and Russia and ended up in the top 100. During this period (2009) the song "Permission Granted (remixed by Ryan Marciano & Sunnery James) appeared on the Dirty Dutch House vol. 1. The single ended up in the top 100 (nr.35) on Beatport.

In 2011, Jennifer started a live repertoire and performed together with national and international artists like Alain Clark, Wolter Kroes, Leona Lewis, Kelly Rowland and Ruth Jacott! In addition to her live repertoire, Jennifer is also regularly seen and heard as a vocalist during several House events. As a songwriter and singer, Jennifer has worked and still works as a singer/songwriter along with various major labels such as Cloud9Music and Spinnin' Records.

After an inspirational trip to India to be involved by the foundation Stop Child Abuse, Jennifer released her first Dutch track on the 12th of October 2011 called Ik zou niet weten hoe. With this Dutch single, Jennifer attempts to retrieve money for girls in India, which are saved by the foundation 'Stop Child Abuse' (Free A Girl Foundation, Dutch: Stichting Stop Kindermisbruik), to offer hope and a better life.

In June 2012 Jennifer and her team decided to sign a publishing deal with the prestigious dance label and publisher: Cloud9 Music as singer and songwriter. Together with this team Jennifer put the next step in her rising career and work with even more talented national and international songwriters, singers and producers.

Nowadays Jennifer Cooke performs on one hand as a live stage artist with and without a band with a repertoire that exists of groovy tracks from the 80's till now (private shows, Uitmarkt, festivals and so on). On the other hand, Jennifer is performing next to the biggest and grooviest House DJ's with an outstanding voice full of soul and passion on different kinds of events (Festivals, Hed Kandi, Bloemendaal etc).

"Only you can realise your own dreams, you are what you believe…"