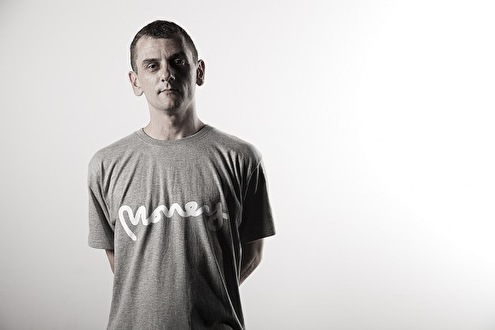 Originally noticed by D&B legend DJ Hype while producing a few tracks for DJ SS' Formation Records, Hazard was soon snapped up by the Playaz boss once he realised the young Birmingham based talent wasn't under contract. There began a partnership that has rocketed DJ Hazard to the very top of his game, both in terms of producing immense dancefloor destroying tracks that eager DJs clamour to get their hands on during promo stage, and his own career as a DJ which has seen him travel the globe, doling out masses of bass-fuelled pain to unsuspecting ravers worldwide.

Soaking up the bass-heavy sounds of Ragga and Hip Hop like a musical sponge in his early youth, Hazard found he was drawn into the sub-low hitting basslines and the infectious cut up drums of early Jungle during the early '90s and, like many youths at that time, began to collect those addictive slabs of black crack. Funding his love of buying and playing records by working in factories, washing up in restaurants and delivering pizzas, Hazard put everything he had into following a path that he loved and his hard work paid off.

Evidently his journey didn't begin with the Playaz camp; throughout the '90s Hazard built a reputation as a solid club DJ in the local Birmingham scene, while he built on that success with his regular radio show on Kool FM Midlands alongside MCs Biggie and Accapello. From there the production bug was the obvious logical move, and soon Hazard was churning out tracks that would get his style noticed by hordes of the top D&B dogs. As word about this fresh talent grew, Hazard continued to work his way up the Drum & Bass ladder with determination and belief in his own abilities, and with such determination on display it's no wonder that DJ Hype picked him up as the first non Ganja Kru member to be signed exclusively to the camp.

From there on a string of releases made Hazard's name one that even your average D&B fan's mum could recognise. Tracks such as 'Use Your Brain' and 'Get The Fuck Up' cemented Hazard as a favourite in many aspiring DJs' boxes, and almost overnight he became one of the most popular Jump Up producers in the game.

Of course it's obvious to anyone that hard work and dedication are Hazard's watchwords, as you can tell from his journey to the top, but now that he's there, he's not resting on his laurels either. More recently his incredible anthems 'Busted', '0121 and 'Mr Happy' all topped the Drum & Bass charts, receiving support from just about everyone who's anyone in the scene. The incredible power of Hazard's production and the insane levels he's prepared to take it to became even more clear as he dropped the awesome brutality of the 'Machete Bass' EP, a release that has secured his place in the top echelons of Drum & Bass producers, a place that will leave his mark on this music for many years to come.

With talk of a DJ Hazard mix CD on the newly formed Playaz imprint and the possibility of an artist album in the works, as well as his increasingly hectic DJ schedule and his relentless dedication to his art, it seems that all this could just be the beginning for DJ Hazard.