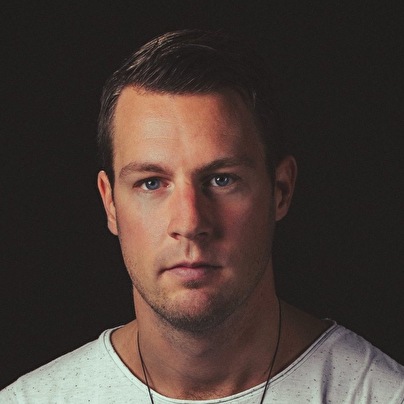 Pulled from his loft studio at age 20 by Dutch techno legend Secret Cinema, where a young Egbert had been busying himself honing his craft and progressively understanding his musical identity, he soon found himself part of a label family (Lo-Fi Soul). Not so long after his first single ('K#TH') was released, Egbert was on the road heading towards international success as a touring artist.

What followed was an EP on one of techno's most respected imprints, Cocoon Recordings. Called upon by label owner Sven Väth himself to deliver a release for the Frankfurt based label. Egbert's response, the formidable groove-heavy EP titled 'Vreugdevuur'. A signature release for the emerging new star and one that soon became a prominent record amongst many of his peers. This proved a vital tipping point in career. As the interest around his music grew so too did the buzz around his name as a DJ.

From those earlier shows on the road, Egbert was catapulted to a series of iconic mainstage appearance. From closing the mainstage of Time Warp to exciting the crowds at Awakenings Festival on more than a handful of occasions, Egbert presence amongst the scene was growing in stature. He laid a marker in the sand during a sold-out show at the Melkweg in Amsterdam where he performed a 6 hour live show (with only his own music) much to rapture and awe of those in attendance that night. The energy and excitement that night kick started a new era for the young star. The birth of Egbert Live took shape.

Today Egbert Live embodies all that the artist himself has journeyed and absorbed along the way. An outstanding live performer Egbert's ability to fuse infectious rhythms with stirring atmospherics is one part of what makes his live shows so impressive. The rumble of kick drums and industrial melodic soundscapes deliver an ecstasy that ignites dancefloors with such gusto and continually highlight the power that his compositions have both in the studio and on stage. On tour his live show has taken him to feature at Marco Carola's Music On at Amnesia Ibiza, complete multiple tours of Asia including featuring at Womb and Ageha in Tokyo, headline Fabric Madrid as well as feature regularly at Loveland Festival and Awakenings Festival amongst others. Music fans seeking innovation can be assured that they've found a true champion of the underground in Egbert.

From his 2013 debut album 'Warm' on GEM Records to the plethora of singles and EP's to his name that have seen him appear on labels that include Sudbeat Music, Alchemy, Great Stuff Recordings, Noir Music and SCI+TEC, Egbert has also remixed fellow underground artists Phil Kieran, Funk d'Void, Marc Romboy, Nick Curly, Reinier Zonneveld and Carl Cox, ensuring his studio output remains ever strong. His 2016 collaboration 'Maximaal', with Secret Cinema, was picked up by Adam Bayer for his juggernaut imprint Drumcode and found support from heavyweight players such as Sven Väth. Whilst more recently his 2017 singles 'Zaag' and 'Lachgas' on Paco Osuna's label, Mindshake Records, have been firm favourites with the underground heads on the dancefloor.

It is without question that the Dutch native has crafted a timeless body of work to appreciate and delivered countless stunning live shows much to love and enjoyment of the fans, yet ever the perfectionist that he is, Egbert himself believes his magnum opus still lies ahead of him. This feels new is fijn !