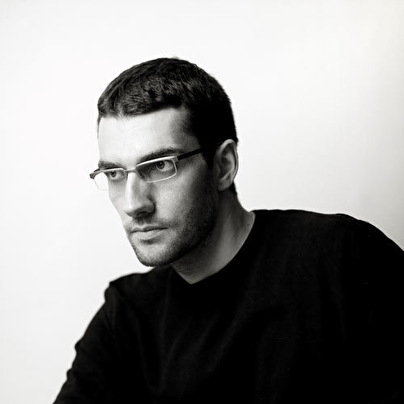 Never professing to being right or wrong about what is "good music" he has been seen as a revered tastemaker on the Paris scene for pretty much the last two decades, cutting his teeth for Laurent Garnier at La Luna. He has hosted radio shows, most notably with friends, DJ Gregory and DJ Alex from Tokyo on a show called "A Deep Groove" where you could hear everything from Mos Def to Jeff Mills but his real passion is underground deep house and Techno.

A regular warm up DJ at the legendary "Wake Up" parties ran once again by Laurent Garnier at the Rex Club and featuring prestigious guests such as Lil' Louis, Derrick May, DJ Pierre, Ron Trent and Chez Damier, this enabled Deep to become close to a certain Derrick May who invited him to Detroit where he met a lot of his hero's of the time Juan Atkins, Kevin Saunderson, Carl Craig, Kenny Larkin and Stacey Pullen.

A change of radio station to Radio Nova and a Saturday night slot followed and lasted for 5 yrs at a time when Deep also began to produce and release music for labels such as Basenotic and series of mix CD's on Distance music. The Legends parties at the Rex were another huge influence on DJ Deep as it was there he met Kerri Chandler among others, Chandler somewhat took him under his wing inviting him to his studio to learn more about how he made his music.

Alongside former production collaborator Jerome Barbe he has even launched his own series of revolutionary new portable rotary dj mixers the DJR400. He has also created two labels:

2015 sees the first releases of music from DJ Deep for nearly 15 years and he is as on point as ever with and EP on Ron Morelli's L.I.E.S and production with fast rising Roman Poncet on Tresor with 2 EPs to be released in the first half of the year and a full LP due on Desire records. The story is already a long and successful one and things show no sign of slowing for DJ Deep with regular dates all over Europe and a reputation as one of the continents premier selectors already firmly established.