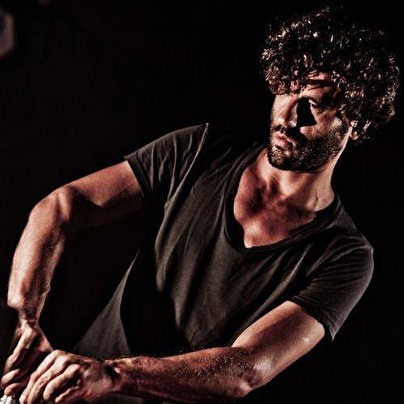 Since debuting on DJ Hell's now seminal International Deejay Gigolo Records back in 1998, Fixmer has consistently explored and redefined the boundaries of modern techno, developing a distinct and fiercely original style along the way. His first album for Gigolo, 'Muscle Machine' (1999), lit the way for a new take on more dancefloor-focused EBM music, coined "techno body music", which he would continue to explore on follow-up records for Gigolo as well as Novamute, Datapunk, Music Man and Dave Clarke's label White Noise.

In 2003 he teamed up with Nitzer Ebb vocalist, Douglas McCarthy, to form Fixmer / McCarthy. A partnership that has resulted in two full-length albums, 'Between The Devil' (2004) and 'Into The Night' (2008) , and a series of EPs for his own Planete Rouge Records.
The duo have performed their energetic live sets at renowned clubs and festivals all across the globe, simultaneously mining the brutality of techno body music and the sensuality of pop to create truly pioneering sound fusions.

iIn 2011 Fixmer reactivated the label with a string of EPs from Emmanuel Top. Newcomers Alexey Volkov and Hubot have since graced the label, with further releases pegged from Fixmer . But it is with Speedy J's Electric Deluxe stable that Fixmer has lately been reinventing himself once again.

Landing on the label early on with 'Machine' at that start of 2009, he has since put out a series of diverse EPs, moving away from his EBM heritage to explore deep and dubbier climes. In 2010 he released his fourth LP, 'Comedy of Menace', a true techno album composed from dark atmospheres and hypnotic energy, received to critical acclaim.
Releases on Prologue, Turbo, and CLR have since followed, proving Fixmer's continued relevance and restless aversion to a singular sound.
Meanwhile his records have featured on many notable mixes, including Agoria's Fabric 57 CD and Ben Klock's latest compilation for the London institution, as well as podcast from luminaries like Juan Atkins, Laurent Garnier, Tiga and Jon Hopkins.

With a fifth full length in the pipeline, Fixmer is showing no signs of slowing down. He is a true innovator who shall remain at the forefront, and a firm favourite of producers, DJs and music lovers from all generations.