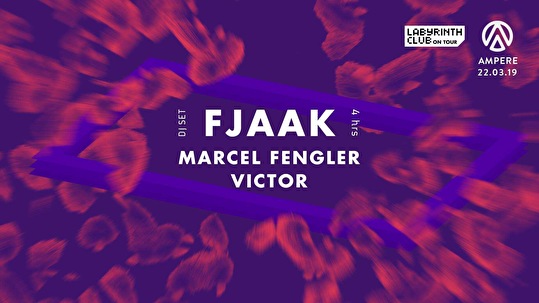 FJAAK, the Berlin-based duo of hardware heads, have been constantly making a name for themselves over the last half a decade. Having grown up together in Spandau on the outskirts of Berlin, Felix Wagner and Aaron Röbig began quite early to create all different kinds of music before ending up taking on the city’s heritage – techno – to make it their own. It was back then in 2009 at ‘Gewerbe 15’, their 50m2 shared flat studio, where they started to develop their very own distinct sound.
FJAAK combines the energetic peaktime sound of their acclaimed techno singles like “Unten / Oben” with sophisticated breakbeat arrangements and atmospherically dense Ambient textures.