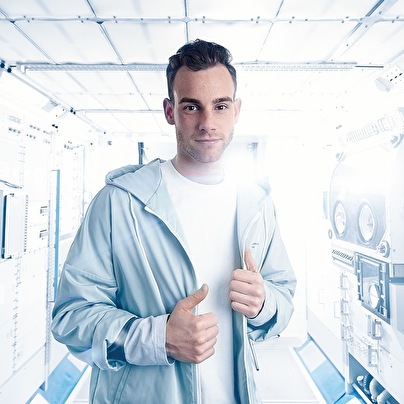 Music & Style
Entering the scene with the banging 'Pump Up The Jam' (2016), released on Spinnin Records, Silva immediately showed what he was capable of. The track reached well over 1M Spotify plays and as much as 680K Soundcloud plays! Coming down from the high of his well received debut, the follow up; 'Children' also made a huge impact. Inspired by the original of Robert Miles, the track boosted an imposingly deep and full sound making it reach over 1.2M combined Spotify and Soundcloud plays. With both tracks on the radar by well respected colleagues like; Don Diablo, Oliver Heldens, Afrojack, Dimitri Vegas & Like Mike, Rehab, Lucas & Steve and many others, 'Pump Up The Jam' and 'Children' were soon played live to tens of thousands festival goers on Parookaville, Tomorrowland (Belgium & Brasil), EDC and Sensation. A prelude to the bright future that lay ahead for Keanu Silva.

After perfecting his signature sound, Silva returned to the musical playground early 2017 with a summer infuzed Mark Villa collab; 'Lot's To Say'. The track got picked up by respected playlists, received amazing fan response and was uploaded on many YouTube channels, but Silva was not done with 'Lot's To Say' yet. Having an impeccable feel and musical vision on how to take a track to the next level he created a future house VIP mix from the original that received massive support by Laidback Luke, Tiësto, Hardwell, Don Diablo, Lucas & Steve, Dimitri Vegas & Like Mike and many more. While the VIP Mix popped up in all major podcasts and live sets alike, the talented producer started a new solo project; 'Close To You' (released on Mixmash Records). Before the release date the track already received support from once again; Laidback Luke, Tiesto, Lucas & Steve, and is now set to go for global chart, festival and streaming domination this summer!

The origins
All DJ/producers remember the exact moment they first get infected with the dance virus, for Julien this moment was when he saw a local DJ showing off his skills in a club. After getting pulled on stage by that exact DJ (who also placed a mic in his hand), Silva's baptism was complete - music would become his number one priority in life. At the time tracks like Infinity (Guru Josh Project) and Where's Your Head At? (Bassment Jaxx) became the soundtrack that further deepened Silva's interest in the industry.

Before mastering the art of music production, Julien played as a resident DJ in many German clubs where he learnt to interact with the crowd and started to develop a unique stage presence. One night, when Laidback Luke and Tujamo played the main area (Silva in the second), he saw Luke work his magic behind the decks. Impressed by his skills, Silva knew that he needed to dive into music production if he'd ever wanted to make it that big. Countless hours spent in the studio followed to master a signature sound that was full enough to create bombshell tracks. When he felt comfortable enough to come out with a track, he hit a straight bulls-eye with 'Pump Up The Jam' (Spinnin') and the rest is history.

Now, with an authentic future house meets progressive sound, Silva is aiming to contend at the highest level in the dance industry. Receiving huge support from influential colleagues, dropping slick productions after another with a mellifluous signature sound, Keanu Silva is rising from the masses like a lightning bolt!