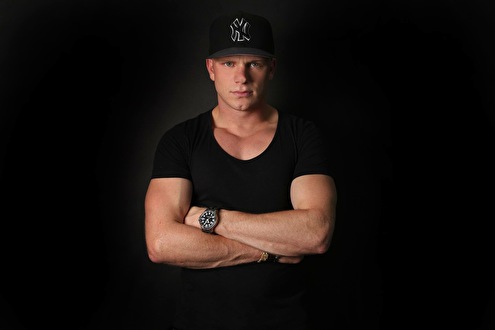 When Willy finished his school at the age of 17 he wanted to travel. He loves different cultures and is a person who wants to understand the world and its nature. Willy worked as a entertainer for GOGO Tours (travel agency) in Greece, Crete. He worked in one of Europe's most famous party destinations: hersonissos. (Known for Starbeach, Matrix, Slam Café and many more) Willy loved the entertaining so much that he made a quick name for himself, working for Starbeach, Slam FM, Bio Bio and Paradiso. This is where the Whoo was born.

Willy decided this was what he wanted to do, entertain people. He quitted his job for GOGO right away and got offered jobs in Slam FM, Hof van Holland, Oceans Club and Paradiso. Willy decided to work for Paradiso, a decision the other clubs didn't really like. Willy Whoo started as a entertainer next to the DJ. Willy's power was that he knew what the people liked, he advised the DJ to play what was on his mind. During the daytime Willy Whoo tried to play music behind the decks for the first time. When others were at the beach or sleeping, Willy was in love with playing music, even when there was nobody inside the club. As soon as he played in a full club for the first time, the love was born.

Willy Whoo was able to shock people as a new DJ, he knew how to surprise the crowd and they loved it. Dutch organizations that were partying in Greece asked Willy to come and play in the Netherlands as well, which of course he did. In Greece Willy Whoo played along side DJ's like Ralvero, The Partysquad, The Flexican, Billy the Kit and more.

Not even after a year as a DJ Willy already got his first international gig in the Czech Republic. 2 Months after this trip they already re-booked Willy Whoo to come back to the cold city of Lipno, Czech Republic. The following summer he played in Spain, Belgium and his home base Holland. Willy Whoo played at an endless long list of venues in the Netherlands, at some Holland's most famous parties.

Last summer was one of the most amazing periods in his career. Willy traveled to Belgium, Czech, Germany, Spain and Portugal. Playing at some of Europe's biggest clubs like the famous Pacha (Spain), Millennium (Spain), Heaven (Portugal) and many more.

In Portugal Willy Whoo met DJ Ysea, a Latin house DJ with an amazing energy and one of Holland's finest Latin House producers. Willy Whoo and Ysea have a great vibe together. Not only when they're booked at the same venue but also when they lock themselves up in the music lab, the studio. In a short while they released a bootleg of John Legend's "All of me" which is supported by famous Dutch DJ's like BIGGI, Brian Chundro & Santos and more. The list of track, releases, remixes and bootlegs is growing and growing, just like the list of DJ's that are playing these tracks.

With over 50 international bookings in the first 3 years that Willy Whoo was unleashed, hundreds of Dutch Parties and clubs where he has played so far Willy Whoo created an impressive résumé. Causing more and more parties and clubs to book Willy Whoo at their venue.

There is one thing that not a lot of DJ's can say and which proves why Willy Whoo is a DJ who is doing everything to make his dream come true: There is not one organization that didn't re-book Willy Whoo after he played at one of their parties.