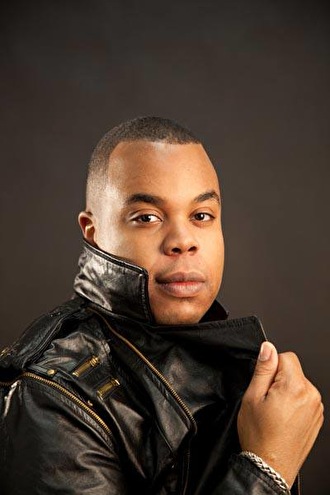 Yeah ok what happened with that weird kid?
After Oliver discovered Fruity Loops in 2000 at the green age of 17 (nowadays FL Studio) he started getting into music production and fancied himself somewhat of a Timbaland of his time – all the while his first baby steps in the magical world of music creation got him some attention of his bestest of friends only – nonetheless he was PROUD!

But that was around the Millenium what happened since then?
OK – Flash forward to 2006 , finished grammar school 2 years delayed due to diverted interests in creation of Jackin Beats, going to clubs and hitting on girls; fasttracked through Tech Uni becoming Bachelor of Science in Industrial Design decided to bin the school career in favour of the unsure future of making a career out of making those fidgety sounding techno shuffled ghetto beats.

Didn't he have to do something with Skitzofrenix?
Yes! Under his moniker of J Twizt he did the productional honors for various prolific remixes and tracks for labels such as Sidney Samson's Samsobeats, Gregor Salto's G Rex Recordings, with the J abbreviated from Joel – his real-life first name.

So *huh* I still don t get the name Oliver Twizt?
Well pretty soon – we are now talking like 2008 – 2009 – the productional mastermind got the itch to DJ himself and venture out on his own – to avoid confusion the new aka was created this time made up of his second real life name combined with the old moniker et voila! Oliver Twizt was born!

OK, ok and how did going solo work out for him?
Pretty good really! Oliver's first solo track feat MC Roga "Do The Monkey" entered the UK Buzz Charts at number 4 and got wide support by the likes of Roger Sanchez, Sander van Doorn, Carl Cox, Judge Jules and many more. Quite soon Oliver started taking over charts with tracks like "Underground", "Finally" (with Bart B More, #2 Beatport Chart), "You're Not Alone" (#1 PH chart Beatport, "Another Step" which was a top 10 best sold Hed Kandi record in 2009 and remixed Bart B More, Sander van Doorn, Erick E and many more!

And how is it all looking for Oliver Twizt now?
Oliver continued with a steady slew of releases, the Dutch titled "Wil Jij Dansen" (ft Divine) on Spinnin Records was madly supported by all Dutch Jocks. Followed by the extremely cool "Gangsterdam" on Laidback Luke's Mighty Mixmash Records, with full support from Luke himself, David Guetta (quote: "I love the Oliver Twizt, it's gangster!") Sidney Samson, Chuckie amongst many others. He released his EP 'Loca' (feat maluca) on uber cool and credible (Diplo owned) Mad Decent Records for hissmashing all the while doing 'Headbanger' and Bimma (ft. Bassjackers) for Sneakerz Muzik

What's coming next?
Having just wrapped his remix for Pitbull featuring Marc Anthony Rain over Me, his remix for Sandro Silva feat Bizzey – Get Lower is making its ascend on the charts, his next release on Spinnin Love Trip is slated for an early fall release and hi co-production 'Go' with Diplo for the album from this Philly musical adventurer is set to hit the scene as well. With such a big push Oliver will continue to ride the musical swell and is slated to keep surprising the world with his eclectic sounds
– Expect the Unexpected!! Joel the BOMB!
Yes he is!
Solo nog doper