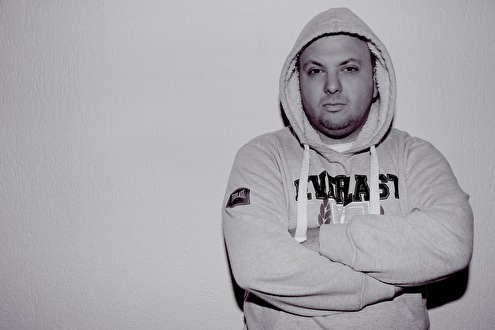 After a longer break, he visited a Hardcore party in Rotterdam in 2010 and seeing the hardcore had refound it's hard edge, the flame was lit again.

He got home from Rotterdam and the first thing he did was to get his Technics records players out of the closet and got back to mixing. Next thing contacts were made with Cut A Kaos (HotterThanHell) gigs were played, after that he collaborated with Oliver Vetsch (Tekknostore) and the E.X.E.C.U.T.E Team and [artist=63495]{Artiest met ID 63495 bestaat niet!} was back in business. With the help of the mentioned guys he played all over Switzerland at parties like "Alles Naar De Klote', "Thunderdome', "BKJN', "Hardcore Italia', "HotterThanHell', "Pussy Motherfucker', "Braindead Parties' and at the Streetparade in Zurich.

As mixing wasn't enough for him and he wanted to be more involved with the scene, he started organising the Ultimate Hardcore Washingmachine parties in Basel, Ultimate Hardcore Washingmachine parties are not your regular type of hardcore parties, the idea is to play the harder and ruffer styles this music has to offer. Artists like Drokz, Tieum, Bonehead, Tense, Sickest Squad, Neophyte, Panic, Unexist, Satronica, Peacock, and some old swiss sickos like CutAKaos and Indee have already played at his events. There is no end in sight for The Ultimate Washingmachine Events. The next one is already planned and the line-up has some of the finest artists hardcore has to offer at the moment. [artist=63495]{Artiest met ID 63495 bestaat niet!} still wasn't satisfied and the next logical step was production, he is currently working with the dutch producer Dave Dope on new tracks.

A dream came true thanks to hardcore legend Lenny Dee and an EP for Industrial Strength is in progress and 2014 on Partyraiser Records with my track Vollmongolen.