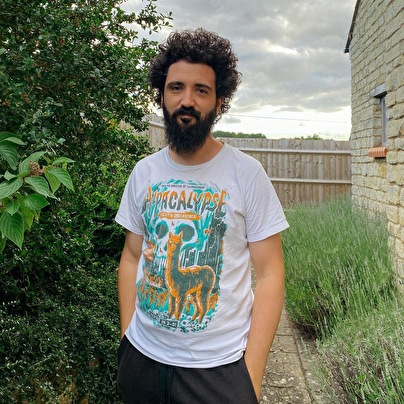 Since his game changing track, Sweet Shop, back in 2009 Doctor P has played some of the hottest venues bringing his homegrown British Dub step stylings to the eager masses across the globe. In just the past few years Doctor P has, to name just a few highlights, sold out arenas in LA, played the legendary Coachella festival, put on a mind bowing show at the Red Rocks Amphitheater in Colorado, and most recently tore up the 2012 Hackney Weekender.

With a number of iconic releases already under his belt, such as Tetris, Superbad, and of course the Dubstep staple that is Sweetshop, it is clear that Doctor P has only shown the world a fraction of what he can do. Aside from crafting his own original tracks, Doctor P has also lent his skills to remixes for artists such as Plan B, Ed Sheeran, Example, Fenech-Soler. The wide variety of genres he takes on only testifies to his adaptability and talent in being able to engage a multitude of different sounds and, in the process, creating truly special bass driven music.

Doctor P's Sweet Shop single has sales in excess 60,000 alone, and his track Big Boss has garnered over 7.5 million hits on YouTube (closer to 8.5 million if you take into account the countless unofficial videos), his youtube channel has enjoyed a staggering 31 million views, and his Circus records mixtape has been downloaded over 20 thousand times. It is fair to say that these numbers speak for themselves; Doctor P is a force to be reckoned with.

Three years after emerging as one of the heavy hitters of the Dubstep movement, with a catalogue of groundbreaking tracks and countless accomplishments, Doctor P is preparing his newest releases.

If you like what Doctor P has been creating so far let us just say… you havent heard anything yet.