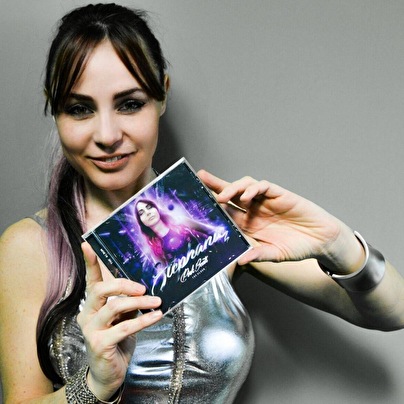 In 2006 she started her artistic career as an International DJ and producer working in the studio with DJ Activator and she came along with him to several gigs in Holland, Germany, Spain and Sweden. Since that time, Stephanie played in the biggest clubs all over the world and has been part of the line-up's of various massive events like: Defqon.1 (Holland and Australia), Summer Festival, Nature One, The Qontinent, Reverze, Qlimax, Euphoria, Decibel Outdoor, Audio Shock, Q-Base, In Qontrol, Phase4, Mystery Land and many more. Stephanie signed to the Saifam Group, where she had several releases like 'Black High Heels', 'DressPunk', 'Knock on Wood', 'The Power Of Love', 'Drittòn ', 'Underneath ' and her collaboration with Tuneboy: 'Music Is'.

This charming lady knows how to mix and entertain; the crowd will love her when she starts spinning the first record. Book her for your event and be amazed. Thought I saw you @ X-Qlusive TB?
But youré name in that line-up was Stephy

The Power of Love!!

And I Felt in Love with you..de tering!

stephanie you rock the place @­ defqon 1

You made the blue area go insane!!
See you again at summerfestival..

The Power of Love!!

the power of love

Your tracks are GREAT! love them! keep up the good work!

Thank you very much...I'm very happy the tracks Like...

Don't like it!! first i thought it was gostosa

Amazing at euphoria, especially together with davide sonar and tuneboy.­
EUPHORIC! :>

Your the perfect combination

Your the perfect combination

refer to a well known track.. she's a: Amazing Combination!!

I can't wait for In-Qontrol!!

Thank you very much...I'm really happy and impatient for In Qontrol

I wish you a lot of luck

Great set at In Qontrol last saturday, one of the best that evening.­ Nice tempo and great tracks!

Really nice performance @ InQontrol. Like Huufke allready said, one of the best of the night. Keep up the good work and hope to see you on more events

I loved your set at In Qontrol! You really rocked the place!

dj stephanie i wass so glad there was at least 1 preformer at in qontrol
hopefully we will see you more this year ,

if it was all up to me this year decibel mainstage ????

i love your style of communication to the croud !!!!

greetz partylover from the north of holland

What a performance @­ inqontrol!! see you at 10 years of q-dance!!Keep up the good work!!!

Thank's people I love you

realy like it ! see you 12th may @ Dance Inferno @ Time Out Gemert

Good luck in Arnhem, the boys from Reuver will be supporting you!

I love you're music!

Youre spinning Crappy hardstyle But you look soo great

Nice set at X-Qlusive! And Nice to watch à femal Dj
Woww.. your new track Sweet Deposition is so good