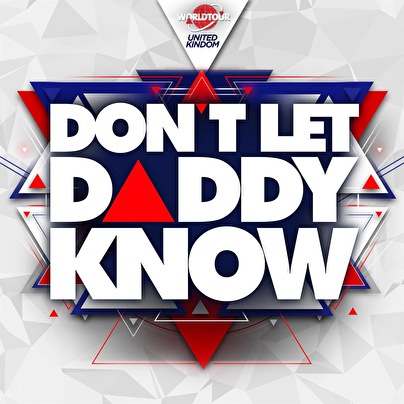 After the sold out successes of the previous UK shows, we will be returning to the iconic O2 Victoria Warehouse in Manchester on October 12th, 2019. For our 5-year anniversary of #DLDKUK, we will bring a completely unique and innovative show to the United Kingdom.

𝗔𝗕𝗢𝗨𝗧 𝗗𝗟𝗗𝗞
What began seven years ago on the magical island of Ibiza, is now a worldwide phenomenon with events in more than eighteen countries. Entertaining thousands of DLDK fans across the globe, the brand has the reputation to create a unique feeling of togetherness, even in the largest venues. It will be the fifth time for DLDK to return to the United Kingdom at one of the country’s most iconic venues; O2 Victoria Warehouse in Manchester. A lot of surprises await including a stunning one-of-a-kind international line-up that will be announced soon. The combination of a top-notch production and world-class DJs will provide the visitors with a memorable lifetime experience.

DLDK UK will be the first stop of the ‘Don’t Let Daddy Know World Tour 2019’. After this show, the concept will travel around the world to other big cities like Bangkok, Yangon, Hyderabad, Santiago, Moscow, Gdansk, Madrid and many more!

Dont Let Daddy Know is a concept by E&A Events.