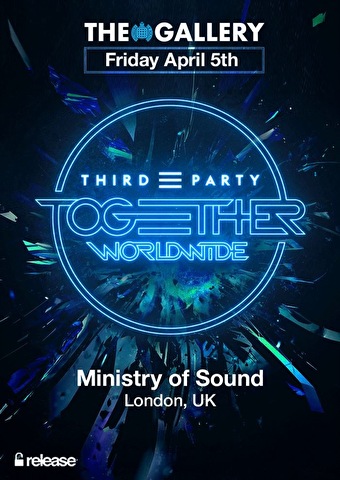 Every time THIRD PARTY grace Ministry of Sound, Jonnie and Harry always excel with both the established and new from imprint ‘Release Records.’ For this inaugural gig of 2019, we shall focus on the ‘new’ – brand spanking new in fact! As this showcase for album ‘Together’ comes eagerly anticipated, where The Gallery faithful will unite to celebrate this exclusive London date of a namesake ‘Together Worldwide’ tour. After three emotional years of The Gallery, Ministry’s main room is now considered a musical sanctum by Third Party themselves – offering a familiarity unmatched by any other venue. So the scene is set for an album showcase delivered with true London pride, returning to where the story began back in 2016.