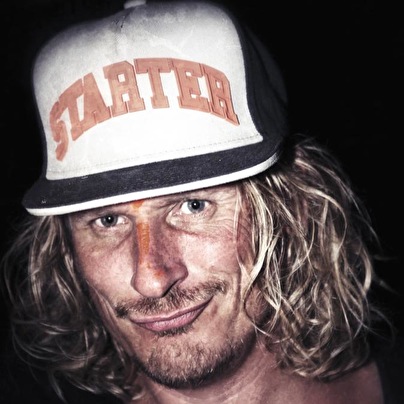 After getting this first taste of mixing his music, he started playing for friends and family. In 1994 he started playing small parties and started to really move the crowds. Because of his eclectic but distinctively intensely pure style he instantly became popular with the more knowledgeable Amsterdam crowds. In 1999 he founded the party organization Choque, together with San Proper. They had their residency at club [undefined=undefined], Amsterdam for over 2 years. Later they started throwing parties in different locations and this is something Choque still does today!

In 2000 he was asked to play at Supperclub where he still plays a lot. He now also has a residency at the Supperclub Cruise. He really loves playing there because he can play all the different styles of music he loves...

For over 10 years Alan Luna has been doing what he loves to do best and it surely paid of; people book him worldwide and are always satisfied. This is why he played events like HQ, Melkweg, Dance Valley, Impulz and 4 Elements, venues like Paradiso and Melkweg and cities like Tel Aviv, Rome, Montpellier, Moskou, Koln, Antwerp and many, many more....

draait als een malle !!
Hello
my dear, i am well pleased to contact you after going through your profile on my search for relationship ,My name is greace obung,24years old girl.­ To me age, distance, race and color do not matter, rather what i value most is the understanding and love that will exist between us.­ So in a special manner i will like to further communication with you for us to know each other well, if you share the same view with me you can reach me through my email (greaceobung1@­yahoo.­co.­uk) try to tell me more about you with pictures, in reply i will tell you more about my self with my pictures.­ I am looking forward to read from you.­
Yours new friend grace