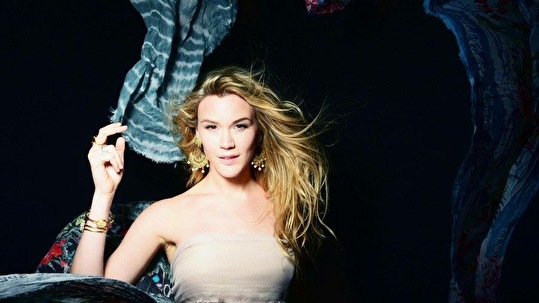 Following her critically acclaimed arrival on the music scene (which preceded the plethora of soul-inspired female artists that came along in her wake) things took off for Joss in an enormous way. Her second record, 2004's Mind Body & Soul capitalized on The Soul Sessions' commercial momentum and critical adoration and earned Stone three Grammy nominations, including one for Best New Artist. It also spawned a self-penned UK Top 10 single, "You Had Me", and earned her Two Brit Awards that same year. Her third album, 2007's Introducing Joss Stone, was a more independent, less packaged effort, on which Joss further showcased her songwriting abilities, and revealed the singer had truly been embraced by the American audience when it crashed into the US charts at No.2, marking the highest debut ever for a female British solo artist on the Billboard charts. With over 11 million album sales to date and a wealth of experience under her belt, including recent collaborations on record with the likes of Dave Stewart and Mick Jagger (her latest musical adventures), 2012 seemed like the right time to return to The Soul Sessions model from a new perspective.

In her short young life and already long career, Joss has performed onstage with the likes of James Brown, Gladys Knight, Solomon Burke, Blondie, Smokey Robinson and Melissa Etheridge among many others. She's contributed to albums by Jeff Beck and Ringo Starr, played the Super Bowl pre-game show, performed on the Grammy's, - and indeed won a Grammy herself! In her twenty-five years she's participated in more moments of absolute musical wonder than most people can hope for in an entire lifetime. And she's approached it all with a sense of independence and joie de vivre. Stone has always been a bit of a rebel, whether she's dancing barefoot onstage or dyeing her hair various colors or speaking out on issues she's passionate about, part of what her fans love about her is that she's a free- spirit, following her own instincts at all times.

Despite some of the dramas that have followed or beset Stone in her short life so far, it is her approach to music - intuitive and freeform – merged with the backdrop of nearly a decade of hard-earned experience in the industry – that characterises the Stone mindset. If she wants to do something badly enough she gets it done, no matter what the obstacles – but only if she's having fun along the way. And she had been thinking for a while that it would be a LOT of fun to revisit where it all began and re explore the vibe of the first Soul Sessions album - this time as a fully formed artist, just turned 25, with the life experience now behind her that was, by definition, somewhat limited first time around at 15 years of age. A phone call with the man who signed her as a teenager, Steve Greenberg at S-Curve Records, and as is often the case with Stone, an idea quickly became a reality – The Soul Session Volume 2 - this time as a joint venture between the two. A stellar cast of musicians, including Ernie Isley on guitar, Delbert McClinton and original Muscle Shoals Swamper Clayton Ivey was gathered together for an electrifying session in Nashville.

Stone commented: "I really had fun revisiting The Soul Sessions idea and I'm really pleased with the results. I've committed long term to my label Stone'd Records, but it felt right to team up with Steve and S-Curve again for this release. I think there are some great songs on the album and I loved performing them with such brilliant musicians - so I hope people enjoy it."

'The Soul Sessions Volume 2' includes versions of classic tracks such as '(For God's Sake) Give More Power To The People' (originally recorded by the Chi Lites) and 'The Love We Had (Stays on my Mind)' by the Dells, as well as stunning future single 'The High Road' - a stone-cold soul makeover of Broken Bells' cult hit. Other stand- outs include a classy version of Womack & Womack's 'Teardrops' and a laid back take Sylvia's 'Pillow Talk'. The first single from the album will be the uptempo summer sound of 'While You're Out Looking For Sugar', originally recorded by The Honey Cone. It all adds up to a stunning album that showcases an assured artist, comfortable in her skin, and a timely reminder of why we fell in love with Joss Stone in the first place.