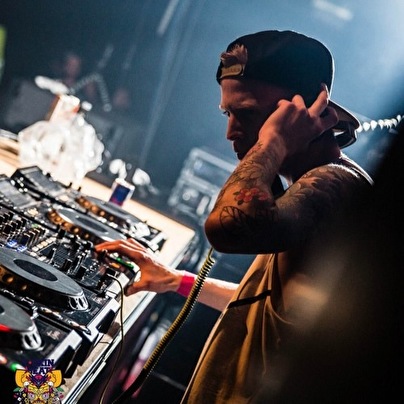 Music and SkuD are united as one for a long time now. At the age of 25 he already knows how to make the crowd go completely crazy. His brother made him fell in love with bass music when he was still a kid!

At the age of 15 he invested in his first vinyls but due to lack of money he had to mix during more than a month with the only vinyls he had: those of Black Sun Empire. When he attends the age of 18 he finally starts to mix at parties and local festivals in Belgium.

Attending Let It Roll festival 2 times (2014, 2015) with the Kinetik Records crew were his most notable achievements, he also released several tracks on Kinetik Records, but that was only the beginning. Be prepared for whats coming next!