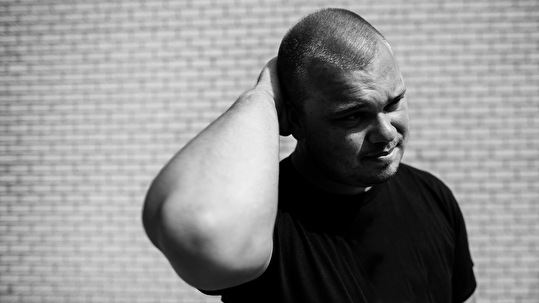 Hailing from the picturesque city of Haarlem, just outside of Amsterdam, 24 year old Roon portrays all the hallmarks of a musical prodigy in the making. That said, it's no surprise then that he has already performed at some of the world's most revered underground clubs and parties, including both Sankeys Ibiza and New York, Studio 80 in Amsterdam, Rotterdam 's Toffler Club, Chalet in Berlin, Barcelona's OFF Week and Kiesgrube in Germany.

Whilst he still remains in the infancy of what promises to be an exciting and illustrious career in the industry, Roon has already drawn attention from one of London's leading underground parties and label imprints, 'Fuse'. With his latest collaboration with Pelle called 'Gida', released on Fuse's sub-label 'Infuse' in 2014, Roon has entered the production market as he means to go-on with future releases on Randall M's label Thirteen and Dutch imprint Karton, clearly illustrating that he possesses the necessary minerals to 'mix-it' with the very best.

Describing his refined sound as 'a fusion of minimalistic, atmospheric and thought provoking grooves', Roon also claims two solid tracks produced together with Pelle under his belt 'Dor' and 'Feel Like', which were released on 'Moral Fiber Records' and 'Dorcas Records' VA's in 2012 and 2013 respectively. These early productions both enjoyed full support from Roon's personal inspirations tINI, Enzo Siragusa, Seb Zito Yaya and Rich NxT, and are still navigating their way onto many a credible playlist to this very day.

An official member of Amsterdam based label 'Karton', Roon has also become a regular fixture on the label's showcases since its inception in 2011. Forging a close friendship with label owners Pelle (Draft Records/Baile Musik/Earlydub Records) and David van Bilderbeek, this affiliation has definitely aided 'Roon' with his maturity and evolution as both a rounded DJ and budding producer. Further influenced by the persuasive sounds of 'Perlon', 'Minibar', and Dutch label 'Dialegestai Music', the foundations have been firmly laid in place for this determined, diligent and sincere artist to progress onto the next phase of his musical conquest, as 2015 will bring more of Roon's evolved Dutch sound in form of various releases, as well as gigs at influential events like High Definition Festival in London.