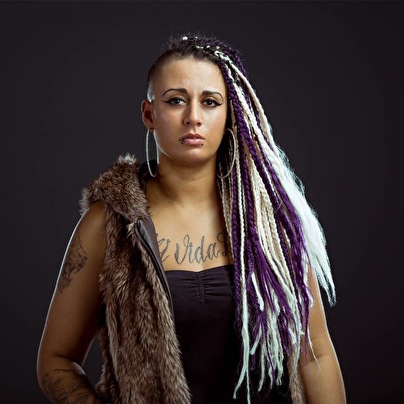 It all began within the past couple of years. As a long time Hardcore fan, all it took was a push towards a set of decks from a friend and some quick lessons on the basics. It wasn't long before Icha began sharpening her skills and purchased her own setup. After a few months, her name started to appear on line-ups alongside other huge artists in the scene. Q-BASE, Harmony of Hardcore, Hardcore Vibes XL and Ravezone are just a few highlights within such a short space of time, with even more exciting gigs coming up.

Icha is also no stranger to the studio, as she works tirelessly to take her music to the next level. In May 2014, her first release "Kill This Shit!" with System Overload graced Megarave Records. Following her highly popular "Yeah Yeah Yeah" bootleg, Icha dropped an insane collab with Tieum entitled "Bleed and Suffer". The world renowned Neophyte Records quickly took notice of her evolving talent, and she signed with them in early 2015, releasing her first 3 track "Animal" EP, which also featured a joint effort with the legendary Neophyte.

Her sound can best be described as pitched up and ferocious, as she holds nothing back with productions from her studio and full-on menacing track selections for each performance. Hardcore has only seen a small part of what's to come from Icha, so it better keep an eye out!