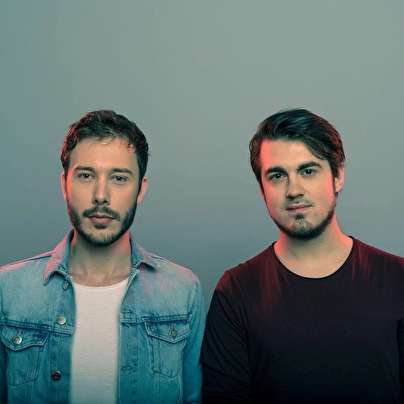 Now only two years since the fruition of Vicetone, the Dutch duo is having the breakout year that many aspiring producers can only wish to sell their souls for; rising through the ranks of the DJ Mag Top 100 poll (currently sitting at #36), racking up five HypeM #1's, performing on multiple tours all over the world including a six-week sold out North American tour, playing internationally renowned clubs including Ushuaïa Ibiza and Ministry of Sound London, Pacha NYC and Avalon Los Angeles as well as festivals such as TomorrowWorld, Ultra Music Festival and Electric Zoo, and releasing multiple Beatport Top 10 charting singles including "Let Me Feel" their collaboration with Nicky Romero.

Wrapping up their biggest year to-date, 2014 has proven monumental to the Dutch twosome's success. Attributed directly to a steady stream of noteworthy singles, Vicetone has developed a reputation synonymous with quality. With a firm Buzz Chart #1 and already exceeding 1 million online preview plays in a week, Vicetone's latest track "Let Me Feel" with Nicky Romero shot straight to #1 on Beatport in just a few days of release. In May, the duo released "Ensemble" which debuted during their 2014 Ultra Music Festival set and peaked at #22 on Billboard's emerging artist charts. "White Lies" was released in late March and saw support from heavyweights Tiësto, David Guetta, Krewella, and R3HAB to name a few, while "Lowdown" remains Vicetone's most played track of the year. In August 2013, Vicetone released one of their most noteworthy records to date, "Tremble" on Nicky Romero's Protocol Recordings. The massive hit garnered support from top DJs worldwide including Tiësto, Krewella, NERVO, David Guetta, Avicii and many more. Aside from their massive original singles, Vicetone have amassed impressive remix credits by top artists including Linkin Park and Steve Aoki ["A Light That Never Comes"], Nicky Romero and Krewella ["Legacy"], Matthew Koma ["One Night"], and Cash Cash ["Overtime"] amongst others.

In September 2014, Vicetone scored the official aftermovie soundtrack to Ultra's legendary Miami Music Festival. For this unique opportunity, the single titled "United We Dance" was created specifically for Ultra Music Festival's 15-minute short film which features highlights, clips, and a glimpse into the minds of world renowned DJs during the famed Miami festival. For the project, Vicetone wrote and composed a unique and original score comprised of cinematic and contemporary orchestral elements with high energy dance parts to showcase their individualistic style of dance music like never before. "United We Dance" is set for release this November on Ultra Music.
Already considered a must-hear act by major players within the industry, watch closely as Vicetone are poised to takeover in 2015. With a distinctive sound as special as theirs, the new year will yield big new singles, exciting remixes, and unforgettable live performances.