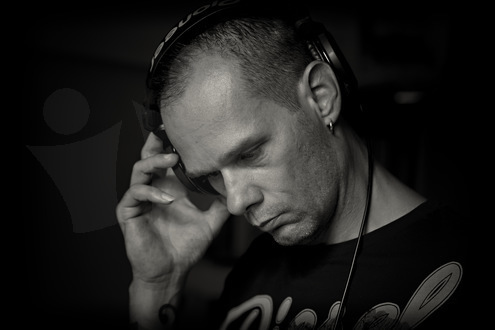 At the end of the 80s, he often went to a discotheque in The Hague where well known (hardcore/gabber) deejays played. It was there where he first came across the so called "DJ". Not much later he bought himself a turntable and a simple mixer. His second turntable came from his dad, a standard record player without even a pitch control. Then the practicing began to learn the right skills to become a great DJ.
ONE year later, he performed his first set in the same discotheque in The Hague where he was a regular guest!! From 1991 he started to buy records on a weekly basis and performed in small bars, party's and some birthdays.

In 1998 the new genre called hardstyle was introduced. And because Dyno also liked this style, he decided to add this to his repertoire. So as from this time he played on both hardcore and hardstyle parties. Even on a party in Germany, his first gig abroad.

Looking for a new challenge, and to broaden his horizon, Dyno started to listen to some other music styles in 2008.
Bought some house tracks and tried mixing that. Because this was going very well, he decided to buy more of these tracks and burn them on CDs. It started with progressive house, but there was an other style that he liked playing better: Tech House! Playing this style took him more and more in a state of happiness, so he started to buy more of this, together with some minimal and techno, he found his new challenge the he was looking for.

In August 2011 he got asked by DJ/producer Ray Marshall to play on the Vale Earth Fair, a festival that is held every year on the island Guernsey in the Channel between the UK and France. He got the time of his life there and rocked the amazing crowd on the festival.

Couple months later (October) he got a chance to play at the biggest electronic music conference and party event of Holland that takes place all over Amsterdam, called the Amsterdam Dance Event (ADE).
Here he met a DJ from Manchester who invited him to play in his hometown. So Dyno played in the UK two times that year.

2012 started very well for Dyno, because he became resident DJ on the Close Connection parties for the Amsterdam based record label http://www.7starsmusic.com/ !!!

Because it is very essential these days, he started producing music, and this will be his goal for this year! He hopes to release a nice own productions in the near future.