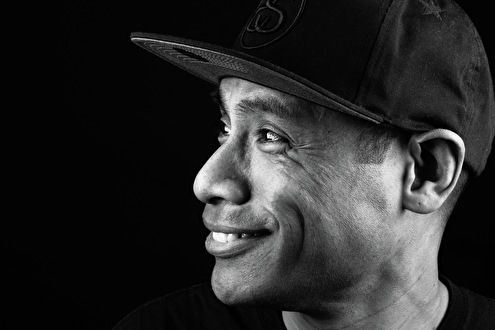 Carefully selecting classic as well as unique tracks and paying close attention to high quality sound, he developed an outstanding taste for music.

In 1992 he was invited to Amsterdam's first and later most successful HipHop/R&B-Party called Bassline which started in the legendary venue The Roxy, moved to the The Soul Kitchen, then moved to Melkweg and eventually found home at the Paradiso. Ultimately commercial success of Bassline caused Manga to stop DJing there in 1999.
He wanted stay true to influences such as DJ Spinna, Kenny Dope, Danny Krivit and those who inspired him like Stevie Wonder, James Brown, The Jackson 5 and the late J. Dilla.