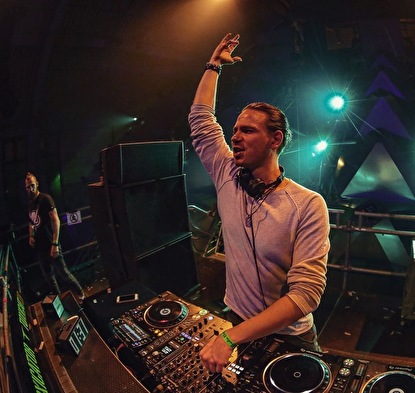 After releasing his debut E.P. in 2010 he started with his Thorax live act! He was the creator of several anthems like "A Nightmare in Germany" Anthem 2011, Toxicator 2012, A Nightmare in Germany 2012 and Army of Hardcore Outdoor 2013. Released his debut album 'Rebellion' in 2012 and many collabs and solo releases followed. After these magnificent releases and of course floor filling and mind blowing tracks like "Crazy Bitch", "Stay Alive" and "Live Hardcore!" there is no doubt that he is Germany's most talented and popular (mainstream) hardcore producer these days.

♂
's-Hertogenbosch
Me Myself and…