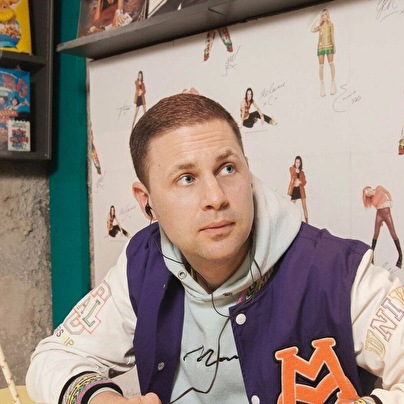 If you're a fan of house music, you can't go past the feel-good styling of Jack Wins!" - DJ Mag UK

Fast forward to the month ahead, the London-based Dutch DJ and producer delivers his next release on Axtone and makes his welcome return to Ministry of Sound alongside Sigala. Expect more remixes across the board as Jack Wins continues to bring life and colour to his productions and performances - all driven by his love of music, fashion & art - showcasing his ability to incorporate a live performance on the Maschine controller in each and every DJ set.

However, behind every man is his story. For Jack Wins, it was the discovery of dance music at the age of 9. Aged 11, he first experienced a 25K capacity rave in his hometown of Haarlem, the Netherlands. Fast forward 6 years and he made the decision to move to the UK in order to pursue this relentless passion. Armed with an innovative mind, Jack Wins made it his Saturday ritual to dig through the bargain basements of London's record stores, purchasing 'white label' vinyl to later sell them back to the same store with profit once they became hits. This entrepreneurial streak lead to a career in the business side of music, before a realisation that it was the creative side that he craved all along. From street flyering, to physically sending out tapes to labels & promoters, to his very first residency at an East End pub in London - Jack has proven that sheer determination will always win.

His debut on Mixmash Records - 'Give It Up' - was enough proof for heavyweights' Don Diablo, Tiesto & Oliver Heldens, who championed the release throughout their global radio shows. Then there was 'I Used To Love You', which made the top 10 on Beatport after major tastemaker support. It wasn't long before BBC Radio 1 picked it up, which made the record trend on Shazam's UK Dance Chart as well as surpassing 8M Spotify streams to date. This fuelled Dutch Radio station SLAM to handpick Jack as one of their 'Artists To Watch'.

Alongside his original productions, Jack Wins is the go-to guy for remixes. From Bastille to Alan Walker, Tom Odell to Dua Lipa - there isn't a single genre that he can't rework. It's worth mentioning that he released his remixes for Ed Sheeran's 'Shape Of You' and Clean Bandit's 'Rockabye' when both tracks were sat in the top two positions of the most Shazamed tracks in the world.

Finally, on choosing the name Jack Wins explains: "I wanted to have a name that represents both my music and positivity. The name 'Jack' to me represents 'house music', as historically the name is closely associated with this genre, and 'Wins' refers to my ethos: 'winning' at life - focus on the things in life that make you happy.