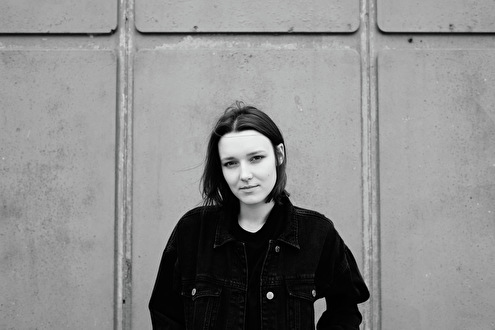 Somniac One's sound is intense, emotional, atmosphere-driven and technically precise. Her fierce kicks, combined with distinct, innovative sound design have made her one of the most respected artists of the new wave of hardcore producers. She has played at prominent hardcore festivals such as Defqon.1, Decibel and Masters of Hardcore, and she is one of a select few hardcore artists to break the mold and play at events like the Astropolis Festival, Motel Mozaïque, Bangface and Boiler Room.
Somniac One's music is supported by some of the most prominent names in industrial hardcore and techno. She has released EPs on renowned underground labels Love Hz, Meta4 and Speed of Sound. She has also released several EPs on the nonconformist punk rock haven of hardcore that is the Rotterdam-based PRSPCT label, which now serves as her home base and booking agency.

Somniac One began her foray into electronic music production at the age of 13. She speaks Reason, FL Studio, Ableton Live and Cubase as well as a variety of non-computer languages. Like all musicians she is a product of her environment. She has lived in seven different countries and has been exposed to a range of underground scenes. This experience left her with a natural ability to combine diverse cultural influences into a coherent musical narrative. This shines through in both her productions and her DJ sets, which effortlessly combine techno, IDM and hardcore.

Hardcore will surely never die, but Somniac One is here to make sure it doesn't with her big-ass motherfucking kicks.